2021 saw Sorie Koroma of Lunsar Cycling Team take the Le Col yellow jersey, with his consistent riding proving to be the key to success. This time around though, Koroma’s challenge was hampered by an early puncture on stage one, meaning that a new champion would be crowned in Lunsar.

When asked about his misfortune and whether he would now target stage wins, Koroma answered with “no, my focus is on the team. I will help the others [from Lunsar Cycling Team] that are better placed on general classification”. 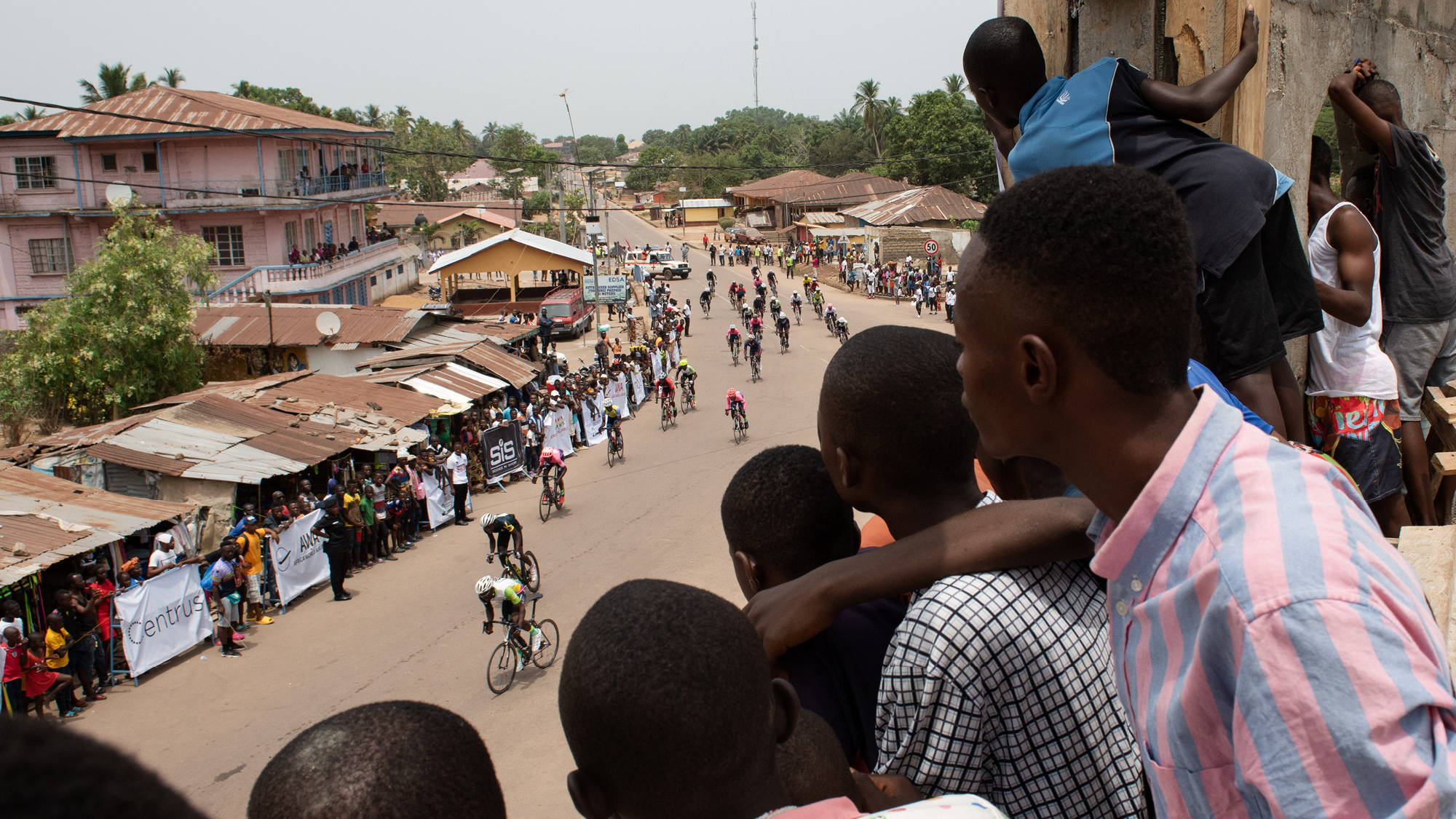 As mentioned, last year consistency was key but this time it was panache that proved to be the difference between victory and defeat. Ibrahim S Jalloh was the definition of this, with his attacking riding proving to be too much foe even the strongest of competitors.

Jalloh established his strength early in the race by placing himself in a six-man breakaway that stayed clear on stage one. Despite missing out on the Le Col yellow jersey to teammate Osman T Kalokoh (OTK), Jalloh looked incredibly strong. 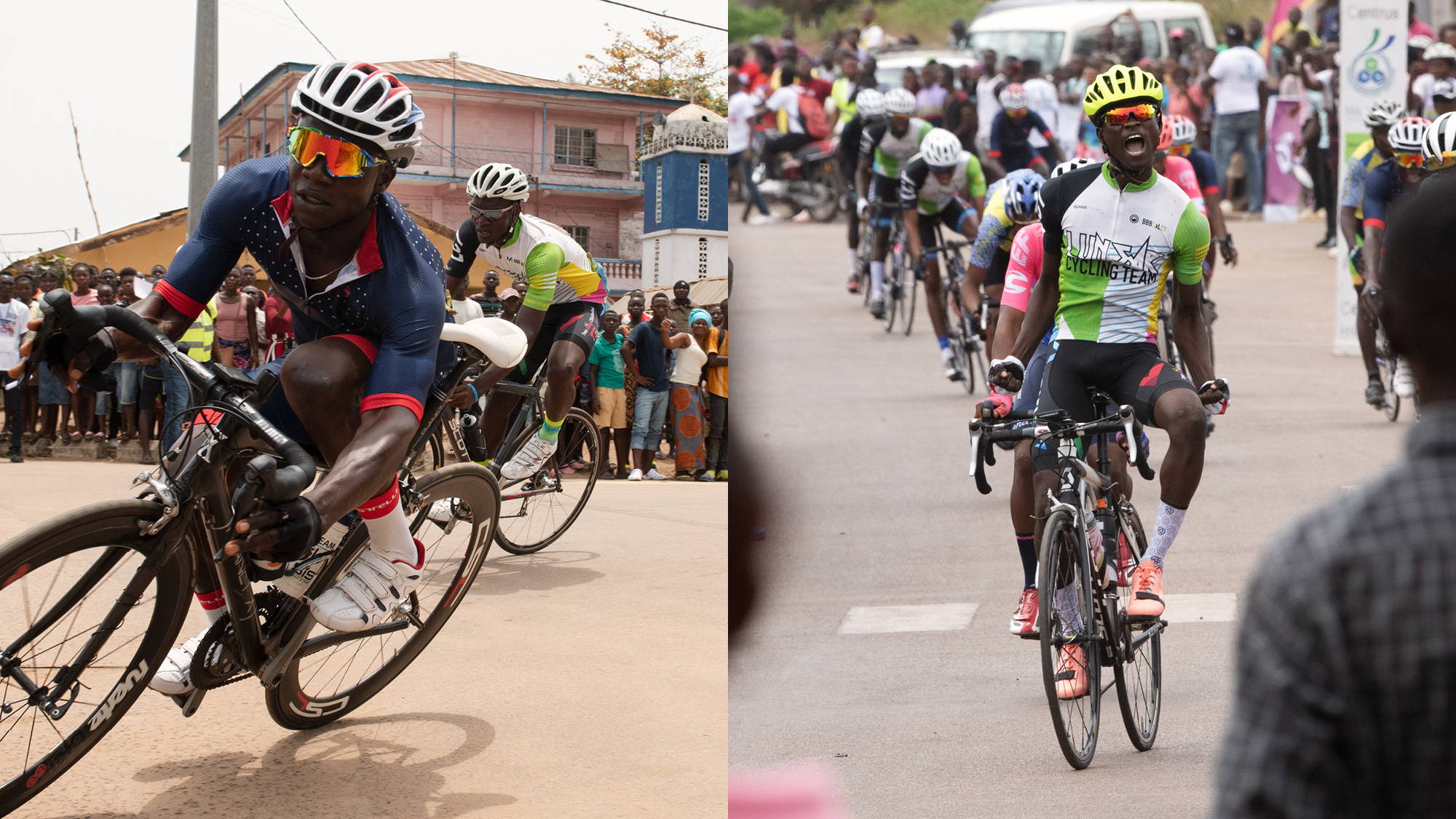 It was on stage two that Jalloh really put his stamp on proceedings, once again breaking free of the peloton to take a solo victory in Lunsar. Jalloh’s attack could not be matched, and the Lunsar Cycling man put significant time into his opponents. Most notably Tenesie Dixon of Flames Cycling Team, who was Jalloh’s closest rival across the three days of racing.

OTK saw the lead and therefore the jersey slip through his fingers once again today, sparking memories of the iconic images produced in 2021. 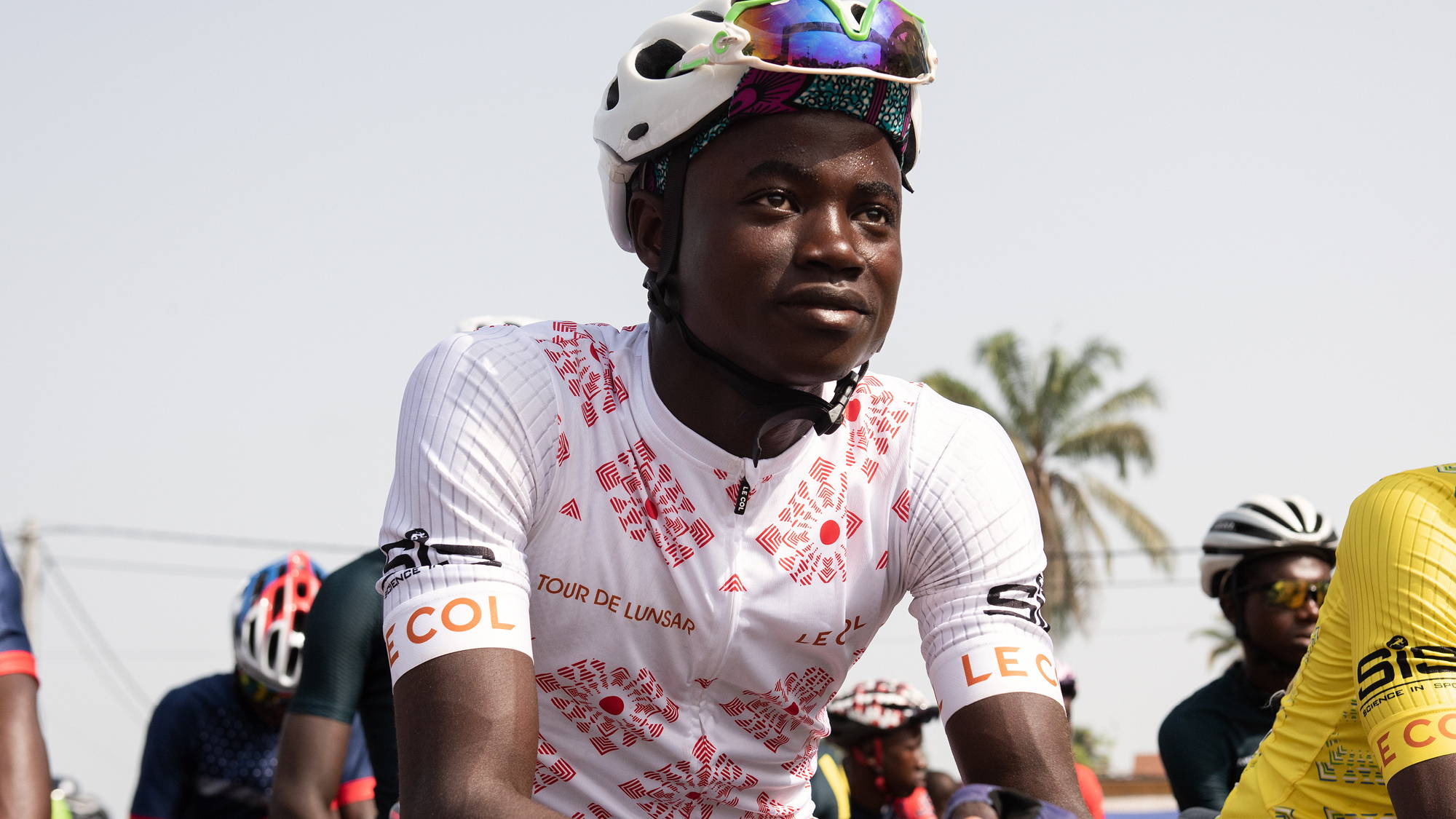 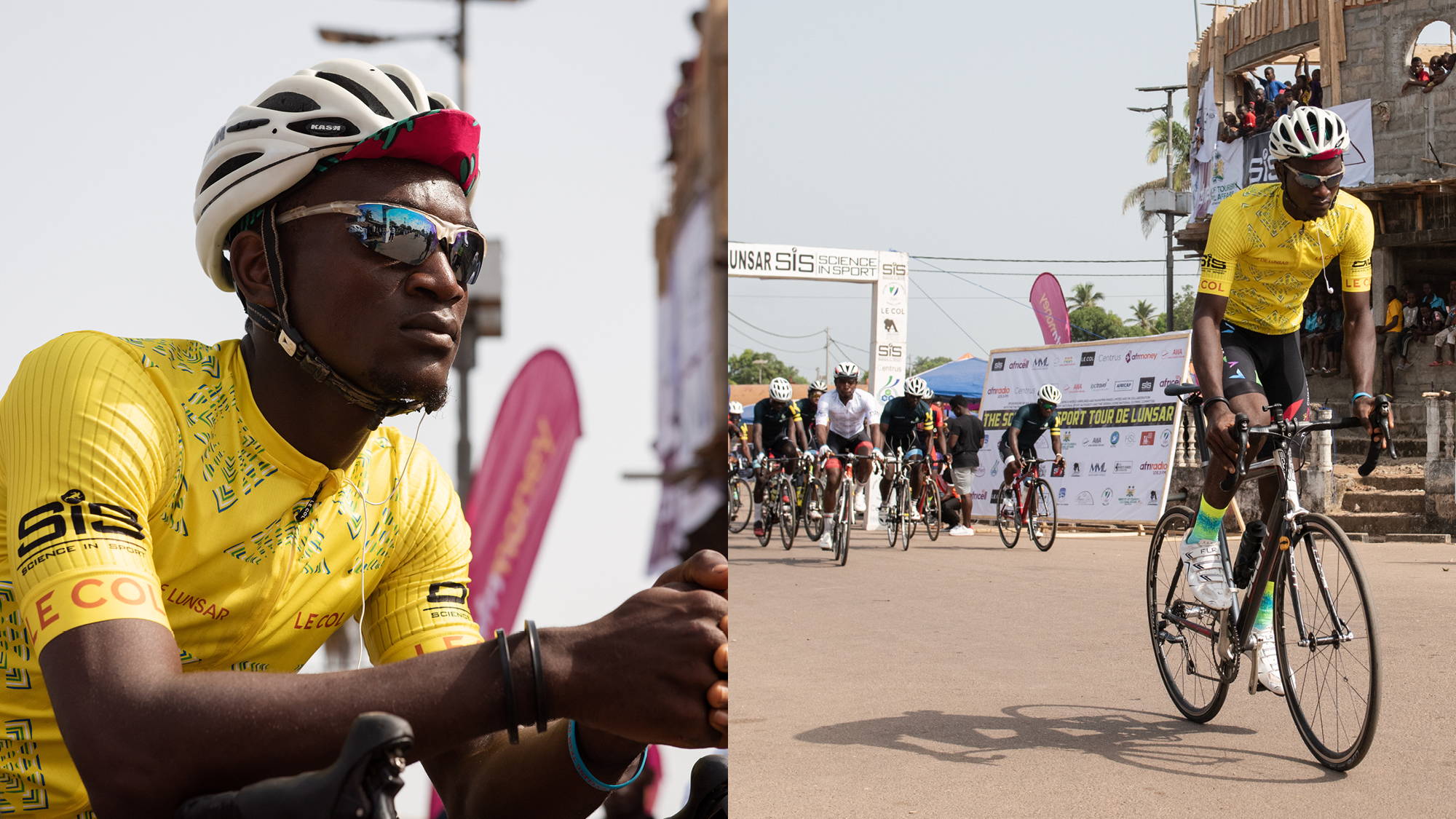 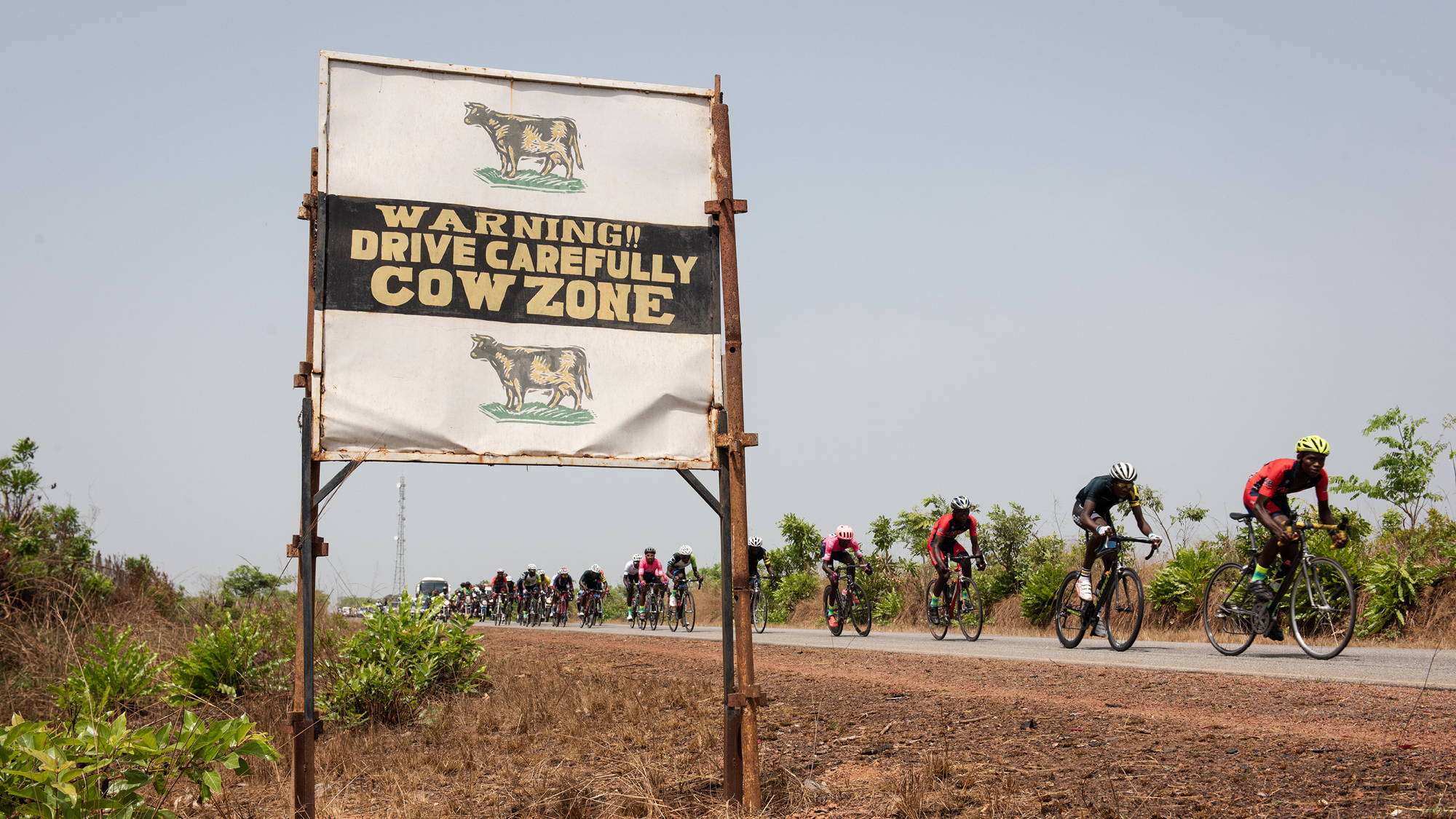 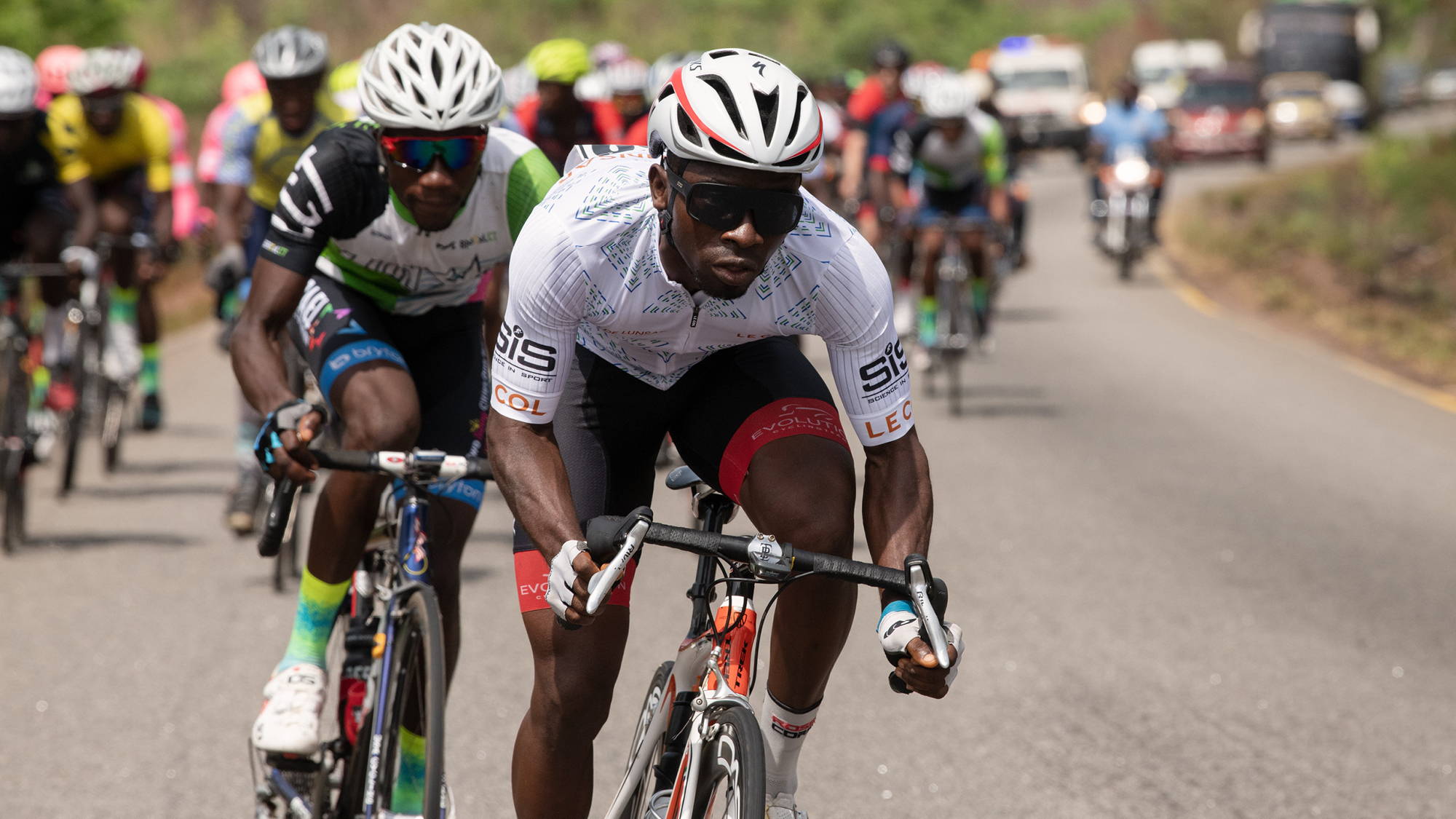 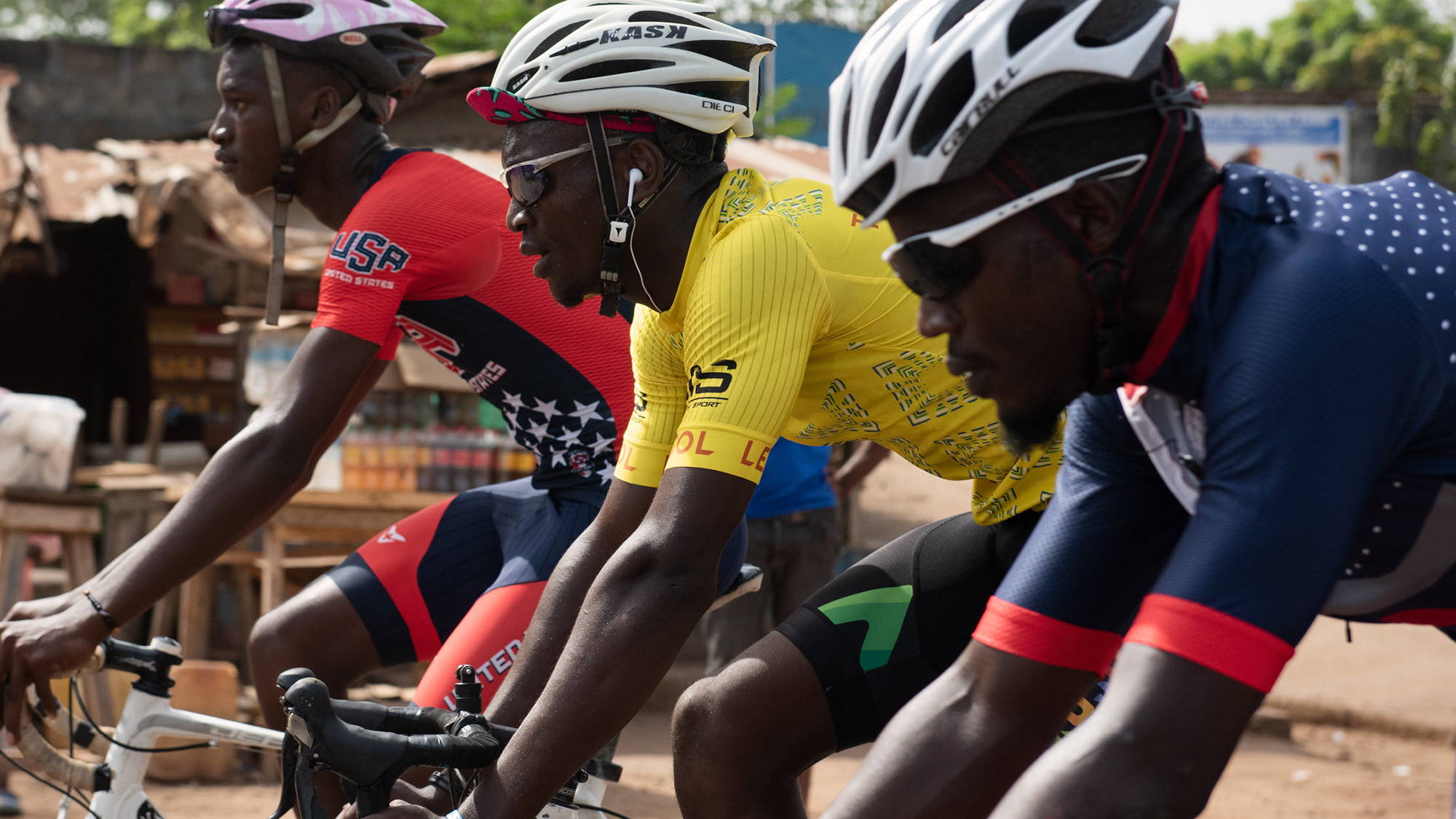 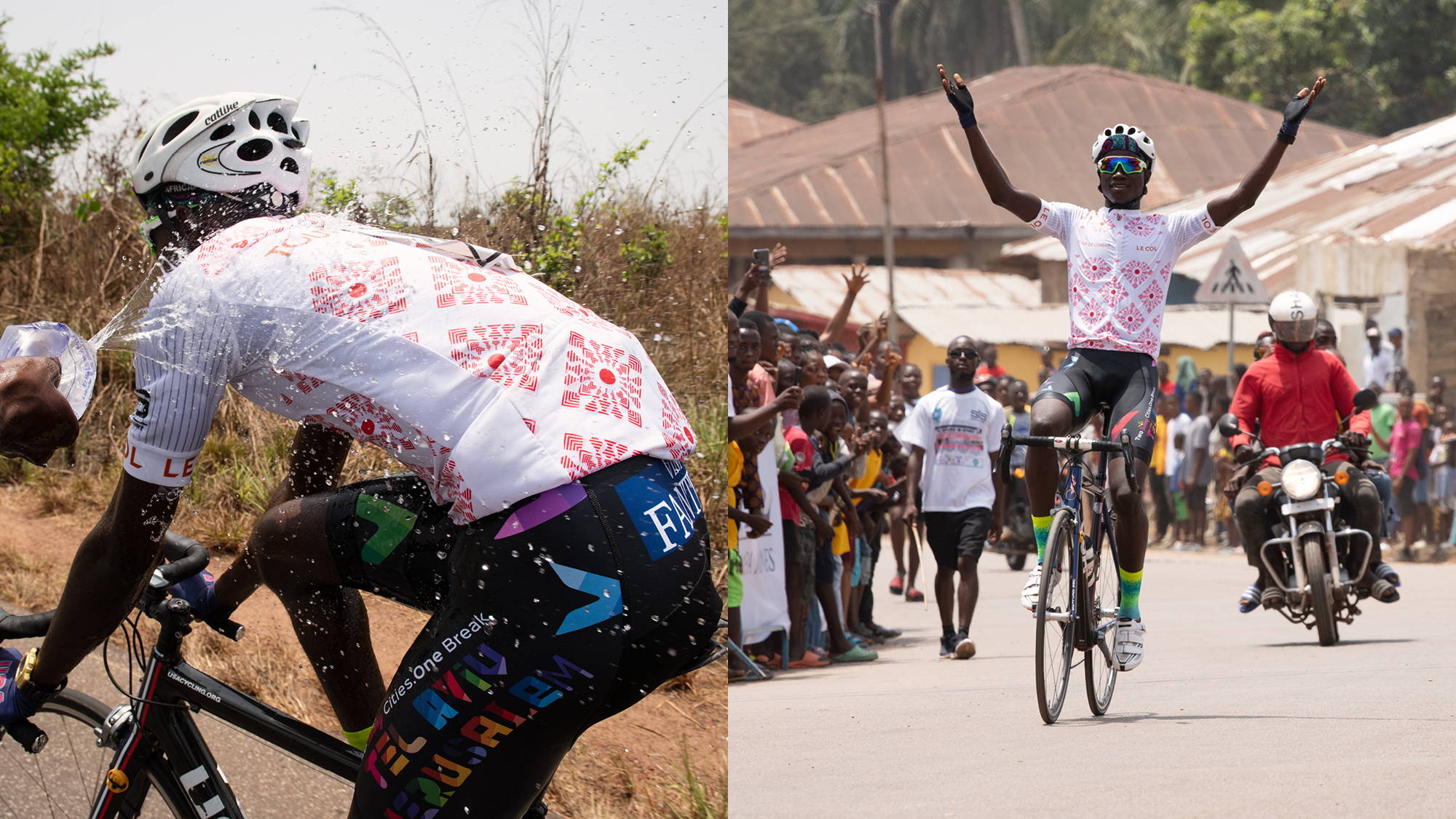 Stage three was where Jalloh consolidated his position as race leader, finishing in a comfortable position behind stage winner Moses L Kamara. Kamara was well down in the hunt for the Le Col yellow jersey but took a famous win as he did in last years race. The hometown hero proved a popular stage winner, with some fantastic imagery being produced.

Jalloh rode across the line with the Le Col yellow jersey on his back and had time to savour his victory as he approached the finish. After multiple years of disappointment in terms of the overall standings, Jalloh was overjoyed to have finally taken the win that he so desperately craved. 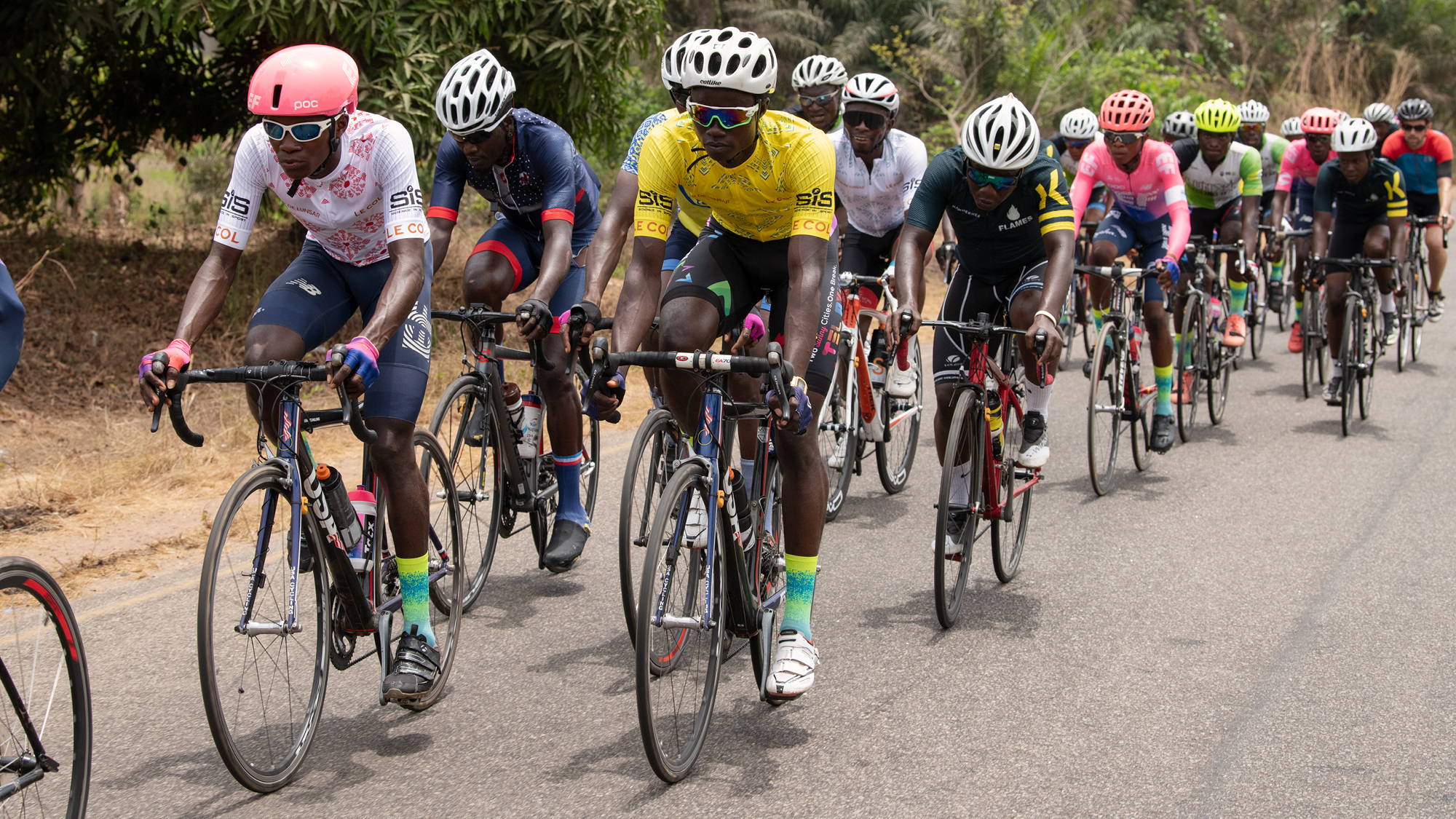 Jalloh was asked after the race just how he won and gave an honest yet brilliant response. He stated that “There were some attacks from the guys near me on gc [during stage two], but I was looking at them, at how they were rolling. I thought ‘no I can do this… this is my time’”. Jalloh was right, it was his time.

The intermediate classifications at this year’s race were also both won by Jalloh, who’s marauding attempts to take overall victory also landed him the king of the mountains and intermediate sprints prizes, the LeCol polka dot and white jerseys.

It wasn’t complete plain sailing for Jalloh, at least in the hunt for white. Tenesie Dixon led the white jersey standings after stage two but failed to register any points on the final day, meaning that Jalloh made it a clean sweep of Le Col leader’s jerseys.

A truly dominant display from Jalloh. 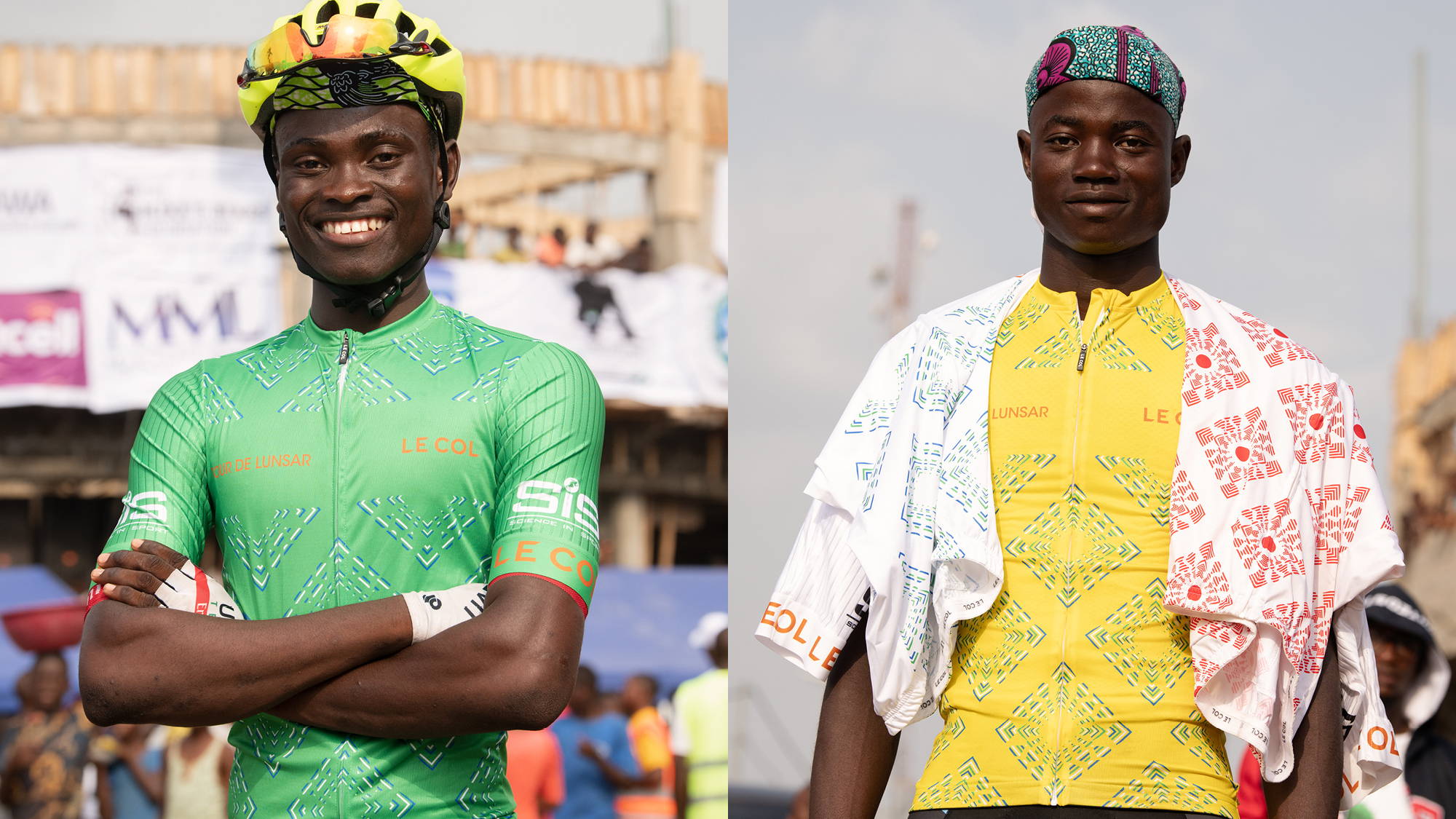 This year’s battle for the Le Col blue jersey provided one of the closest and most intriguing races of the entire four days. With the defending champion Isata Mondeh taking the tough decision not to take to the start, a new queen of the Tour De Lunsar would be crowned. 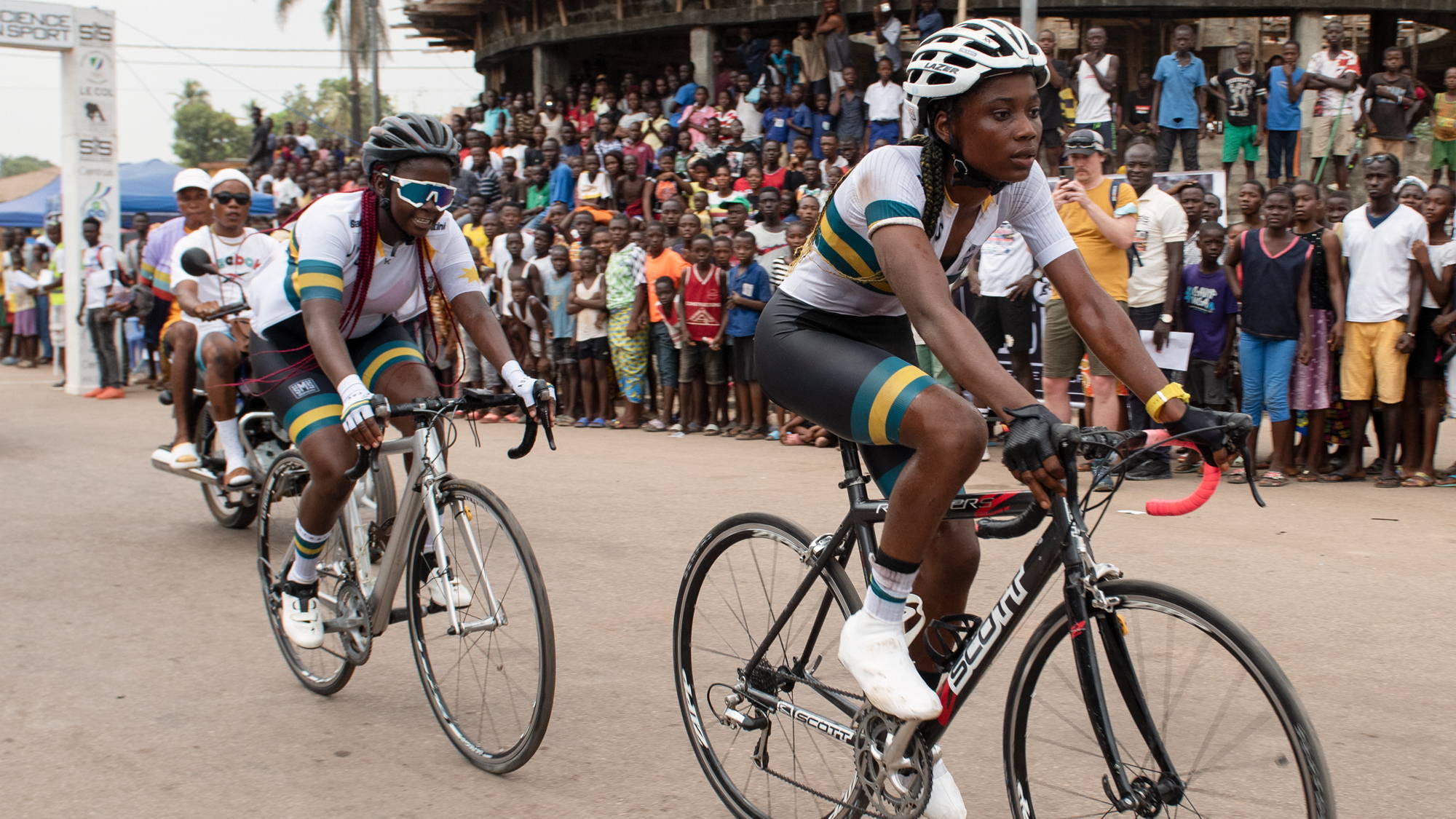 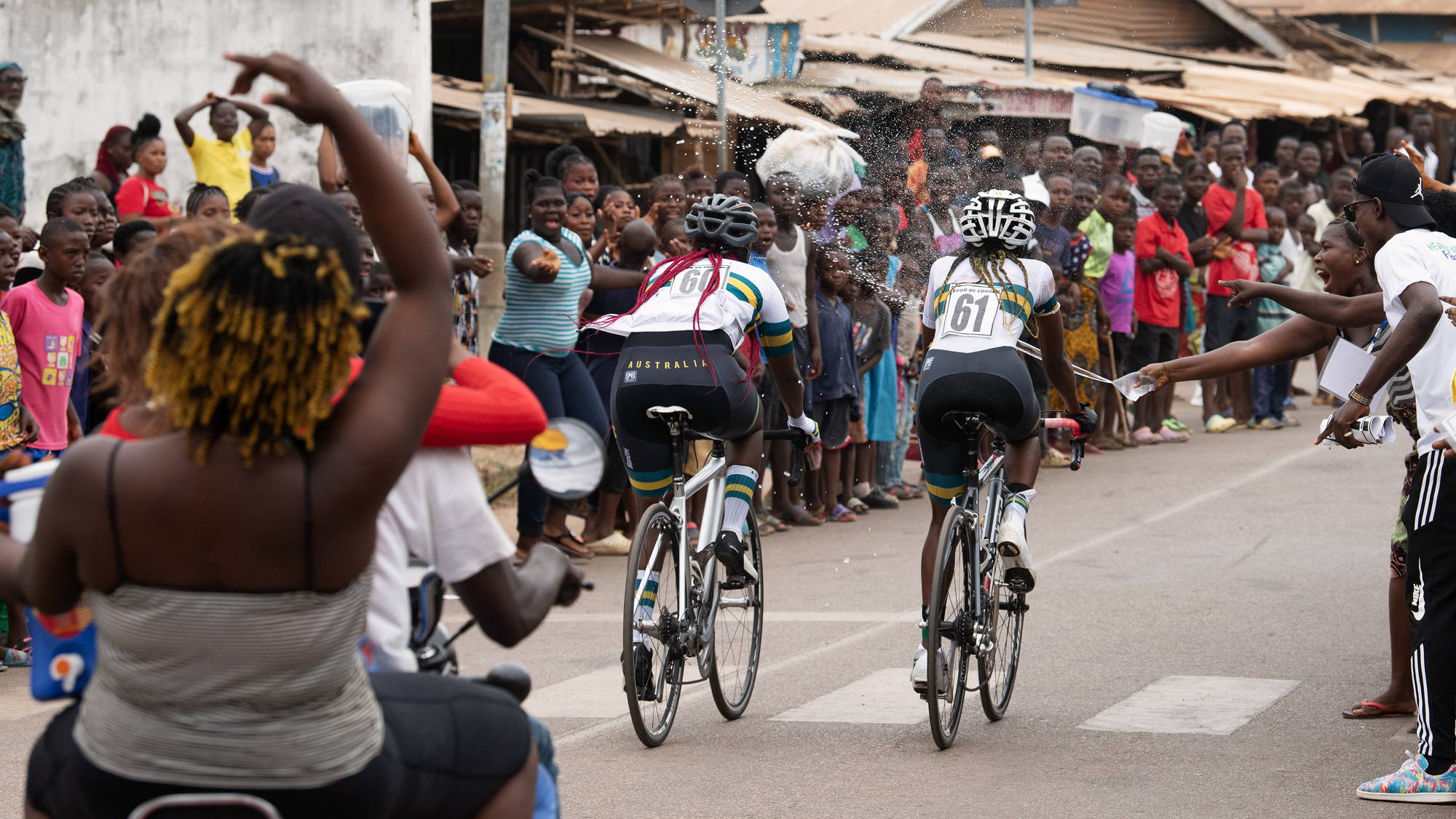 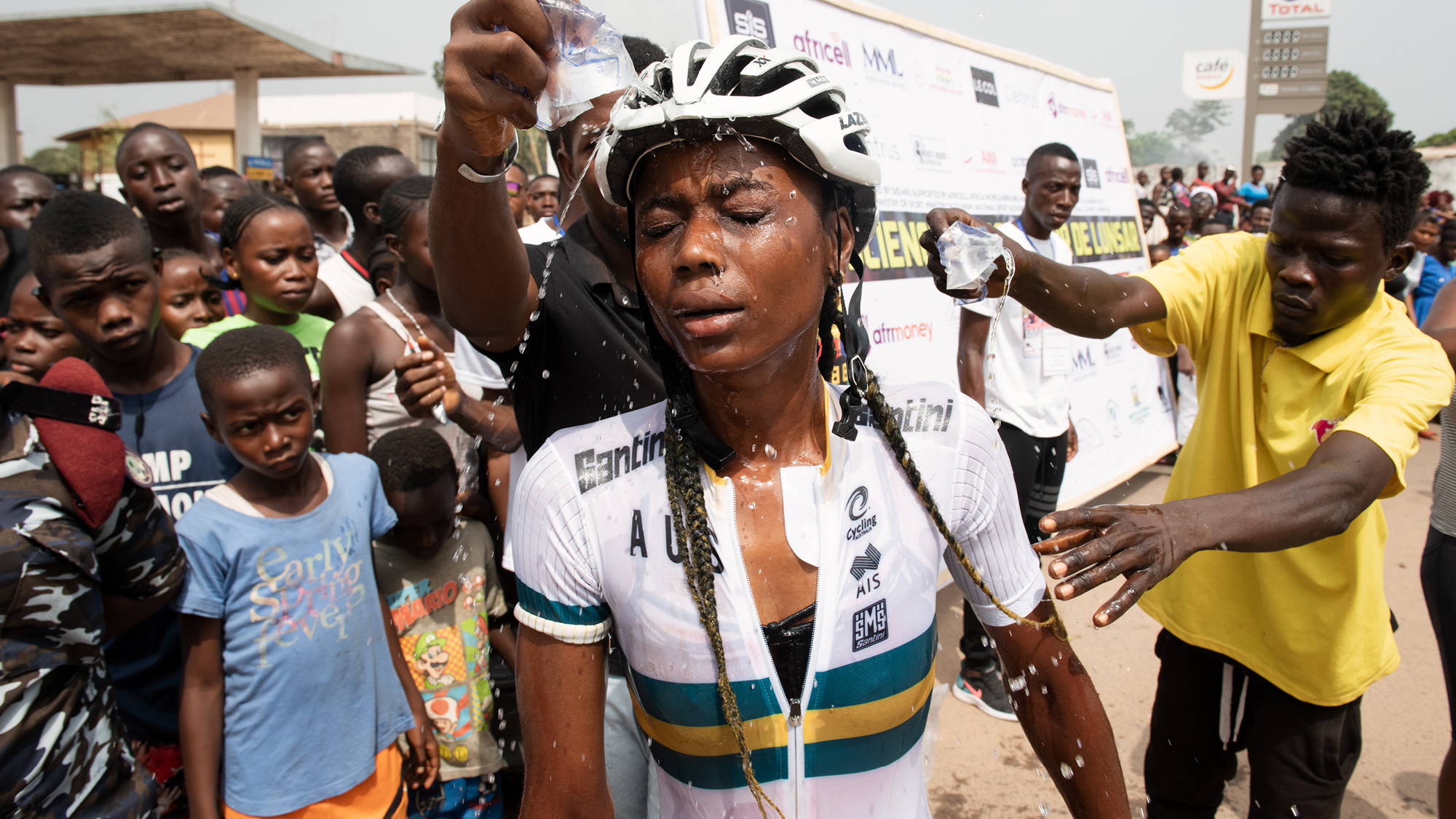 For a while it looked as though it would be a procession, with Elizabeth Mansaray attacking early and looking unstoppable. Behind her was a strong chasing group that contained two-time runner-up (and teammate) Deborah Conteh.

The experienced Conteh bided her time in the chase, using others to close in on the tiring Mansaray who was still alone at the head of the race. As the finish line approached, Conteh bridged the gap to her teammate and took on the role as favourite. Mansaray did manage to hang onto the wheel of Conteh but proved no match in the two-up sprint for the line.

This win was years in the making for Conteh, knowing the disappointment that Mansaray will have felt all too well herself. This will not have mattered to Conteh however, with her finally getting her hands on the coveted Le Col blue jersey. 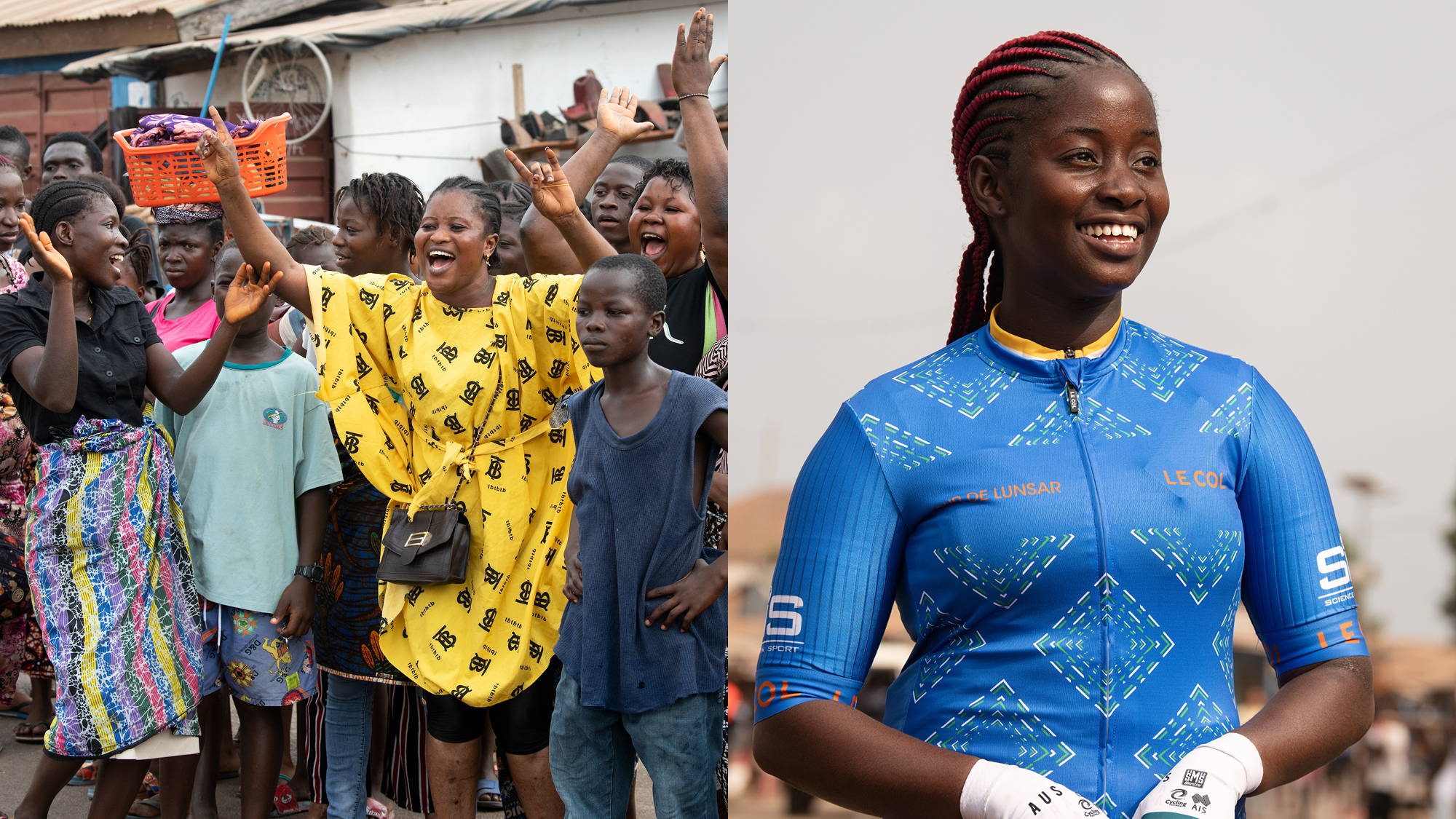 The battle for the Le Col green jersey was just as intriguing an affair as any other. With defending champion Ibrahim Kamara making a shock return to the race after initially being drafted into the Lunsar Cycling A Elite Team for 2022.

Kamara was keen to show his strength at the highest level but would have to put this disappointment aside to try and claim a second Le Col green jersey in as many years.

It would not be a formality for Kamara though, with him facing a stiff challenge from Alhassan Marrah of Makeni Cycling Team throughout the day. Marrah stuck to the wheel of his rival for much of the race, attempting to sap the energy of the favourite.

Once the finish came into view, the two riders were still locked together meaning that a sprint for the win was on the cards. In the end, Kamara had too much speed for Marrah and took the Le Col green jersey once more and firmly stating his intentions to go for Le Col yellow in 2023. 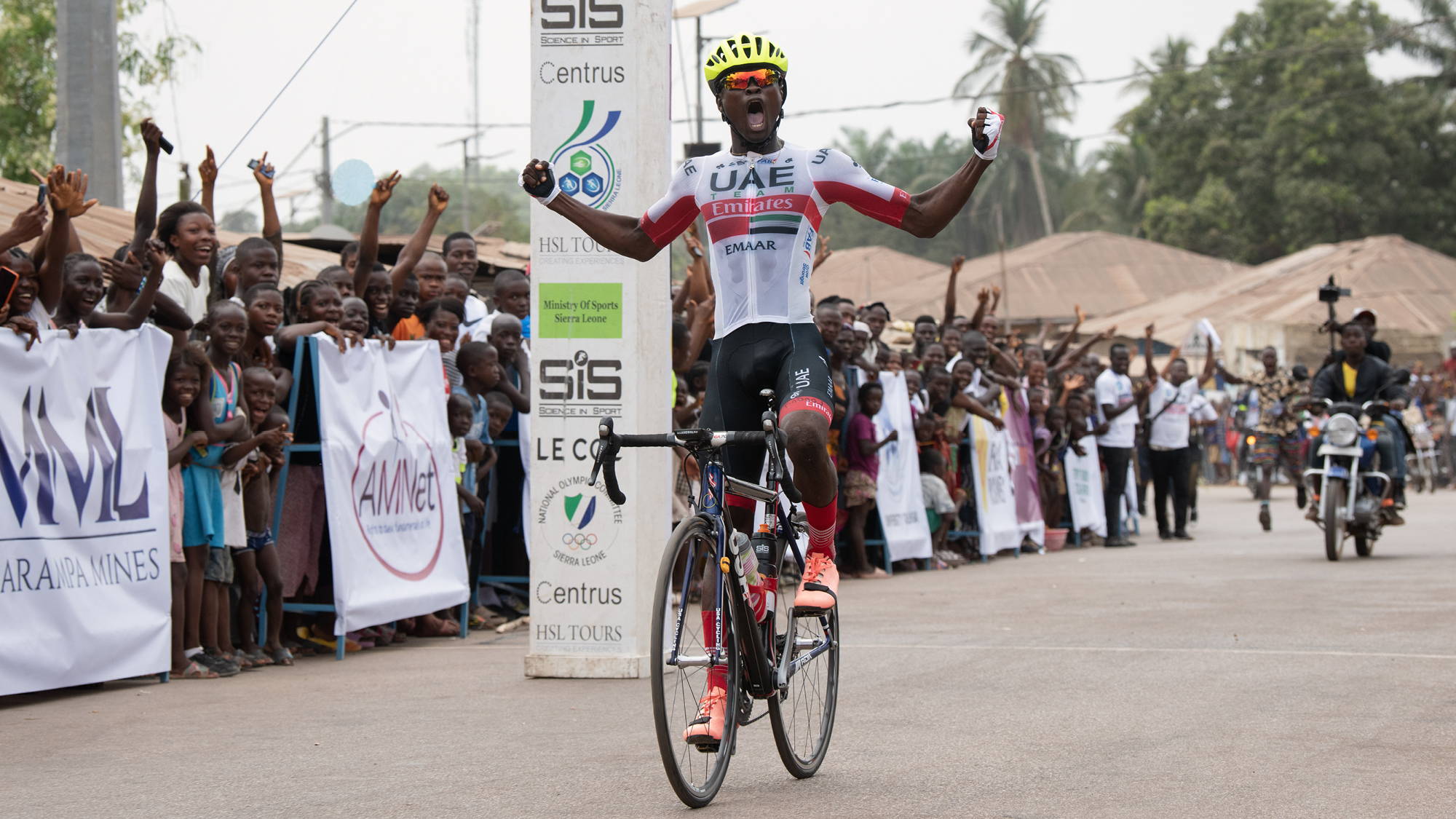 Kamara’s emotions came out at the finish, with his pure elation at taking the victory producing one of the defining images of the race.

Finally, as a prize for their victories, Le Col will be providing Ibrahim S Jalloh and Deborah Conteh with a year of kit each in celebration of their achievement. 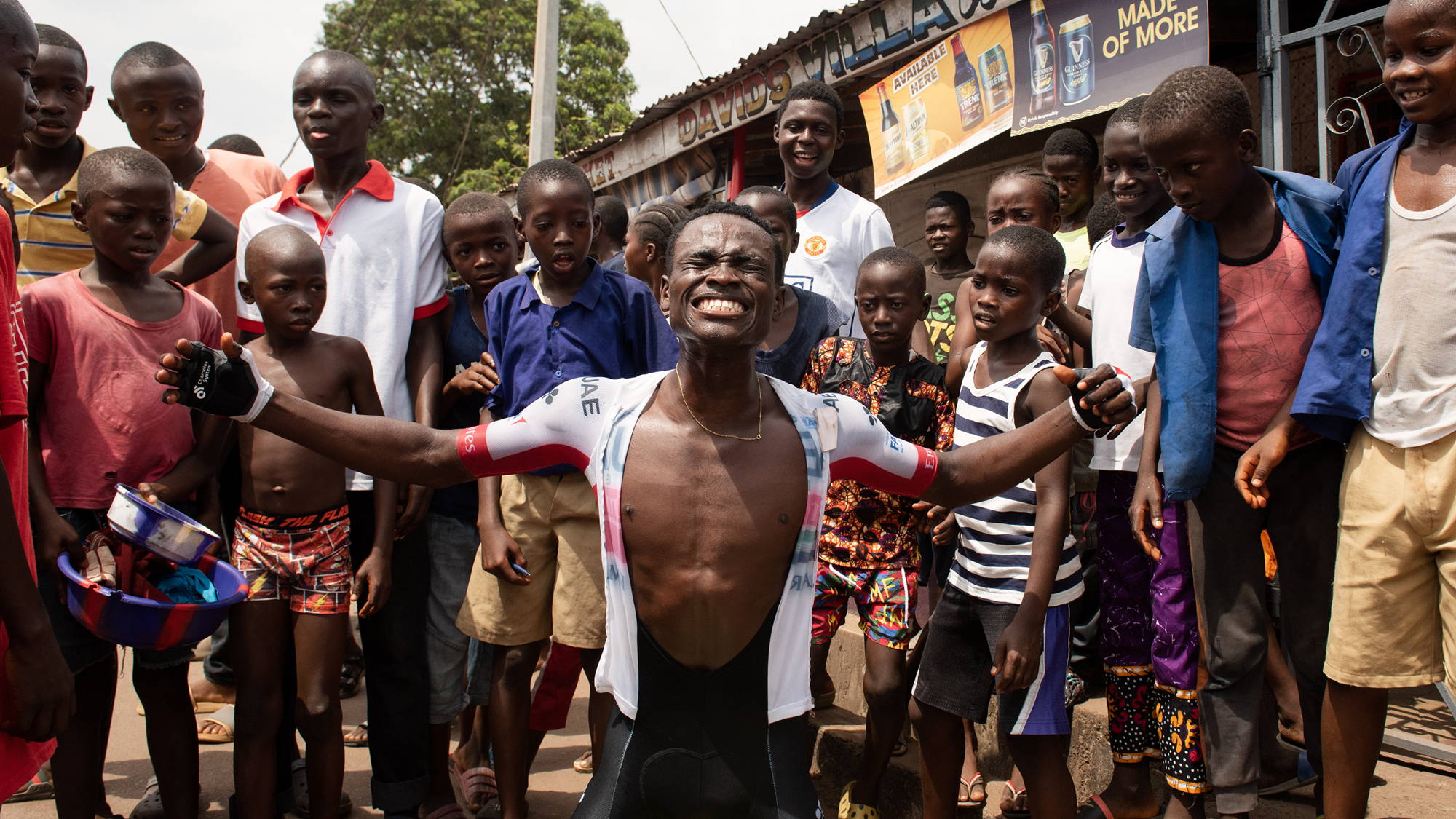