Let me start by saying that I LOVE ソックス. Genuinely, as a young amateur based in France with very limited funds and kit I used to save new ソックス as a treat. Something to help me feel special on certain days or for big races. They really were, and still are, a hugely important part of any cyclist’s outfit. And from a style point of view – if you find just the right pair of ソックス – they can really bring everything else you’re riding in together.

As a young rider there was a time when I would be gutted to have left the house on a beautifully sunny day, only to have the skies turn to dark clouds and the rain ruin a set of pristine ホワイト ソックス. Ones that were fresh out of the packet that morning! The shame of it. Worse than the rain would be if I hit a muddy puddle and it splashed it’s way right up to the crisp ホワイト edges around my ankle. Soul destroying! 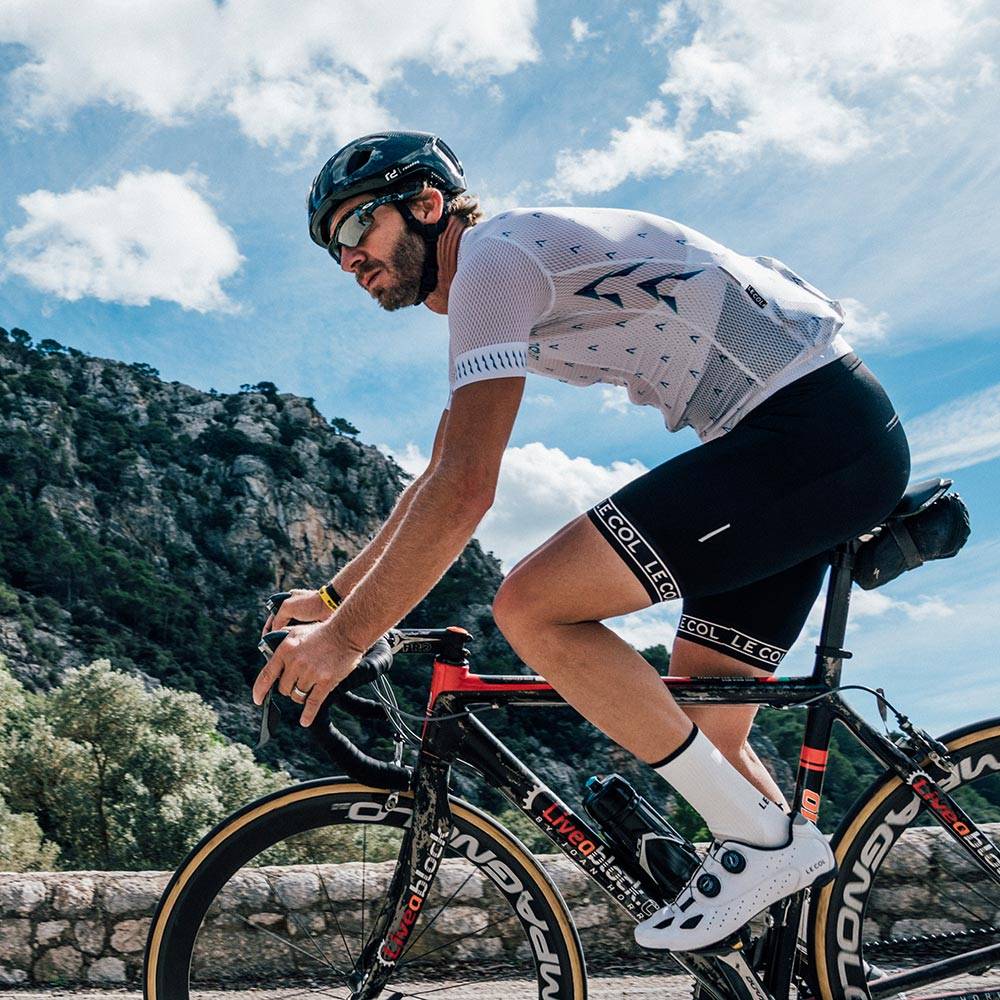 Thankfully, I've grown out of that now. Owning a clothing brand and having access to a LOT of ソックス makes me less precious about them and have largely got over my ‘sock issues’. That said, I know a lot of pro cyclists who are still very particular about their ソックス.

Some of my old teammates especially – on rides out with they would have pulled on a fresh pair of ソックス in the morning, and found that they’d shrunk in the wash. They’d get a few miles into the ride and become more and more maddened by the fact that the ソックス no longer ‘pulled up’ to where they were supposed to on their legs. Eventually they’d crack and turn around to get a different pair that felt ‘right’. When you’re riding day in, day out - ソックス are a serious business. 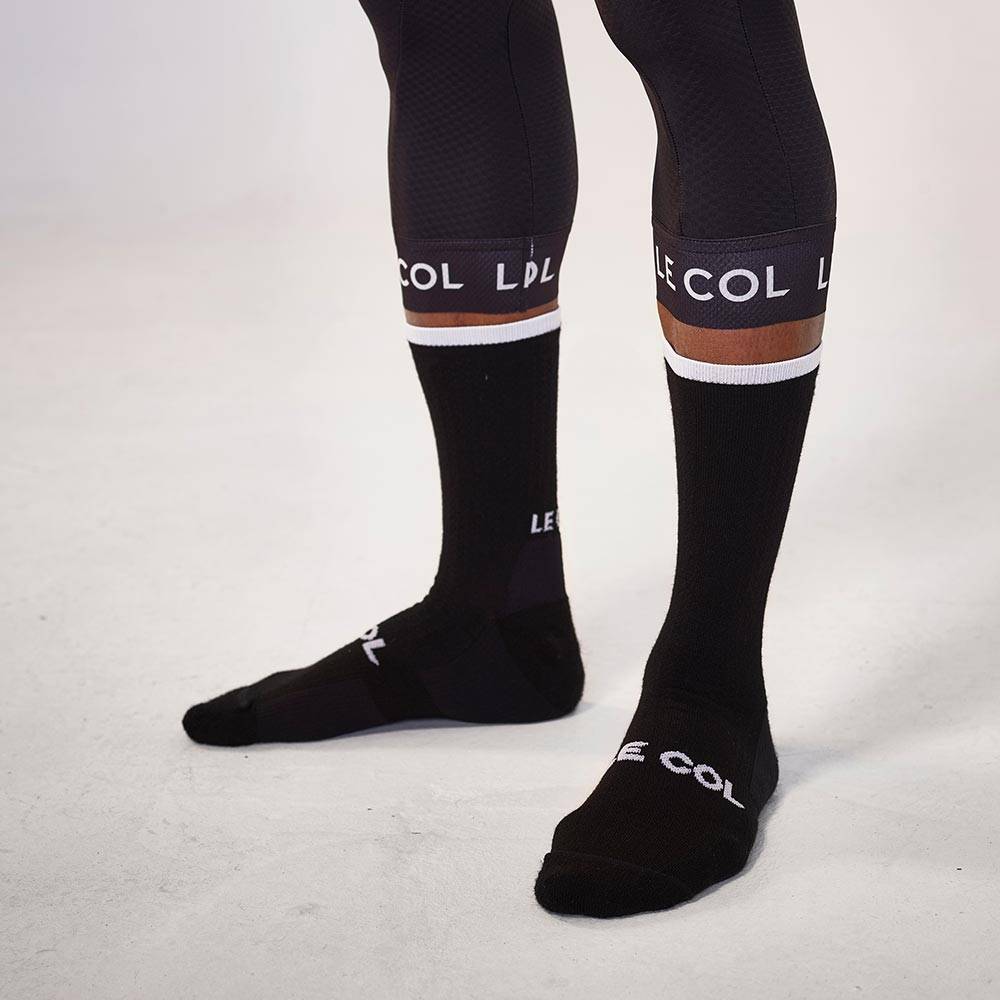 It might seem odd to think that ソックス have gone through fashion trends – a sock is a sock after all. But in cycling there have been a couple of key changes in what is deemed ‘cool’ on the bike, and that has begun to spill into those who ride as amateurs.

In the late nineties and early thousands, there was an emerging trend of Italian riders wearing really tall, pristine ホワイト ソックス – while the rest of the world wore short ソックス. Eventually the two trends met halfway – the extra tall ソックス worn by the Italian Under 23 team didn’t quite go mainstream, but it did become popular to wear slightly longer ソックス – the established rule for pros now being that the ソックス should come to just below where the bulk of your calf starts.

That said, there has been a recent exception to that rule, which started in 2016. That's when extra high 'aero' ソックス started to make their way into the peloton. You’ll often see these featuring strong graphics which match the team kit. These ソックス actually contribute to the rider performance, so they're not being worn for vanity or fashion. And if you're not the fastest in your group or team and you're wearing them - that's probably going to be asking for a kicking! 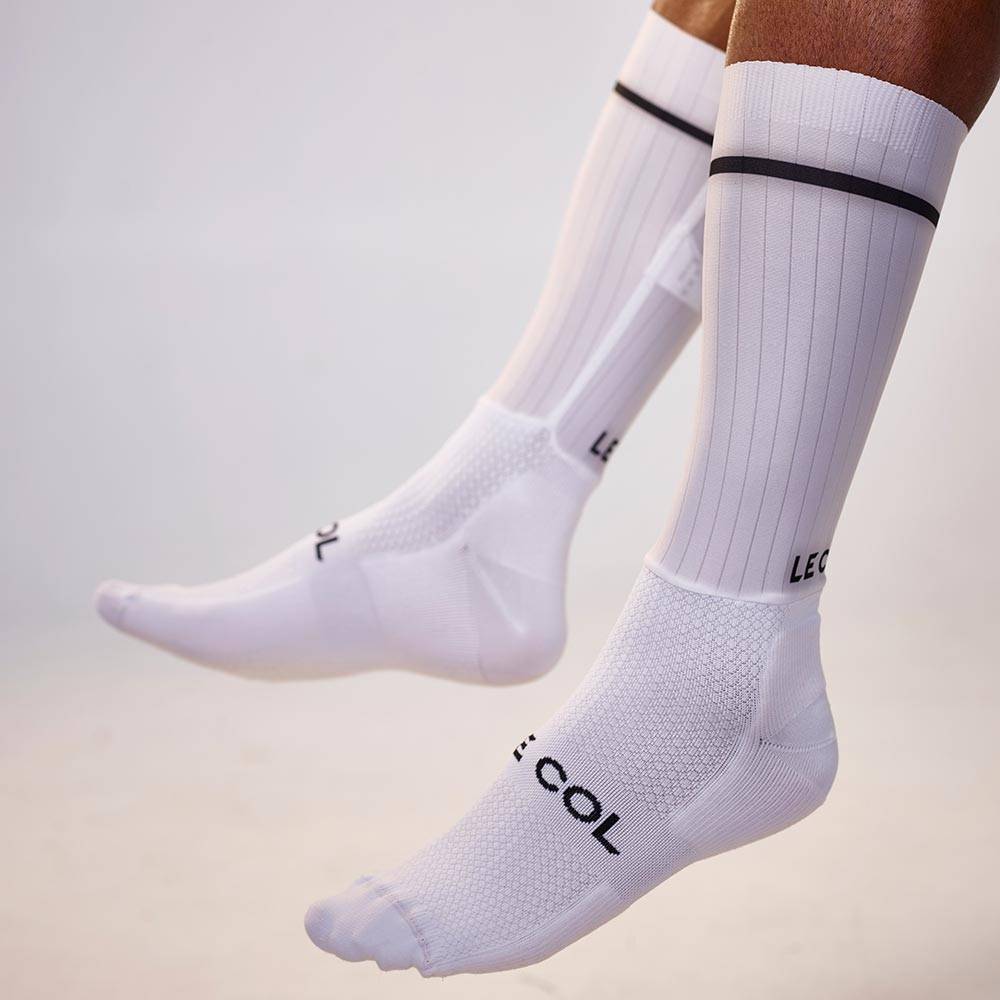 Before 2010, everyone was sticking to ホワイト ソックス with a simple small stripe or logo, but when sock doping took a hold, it gave rise to cartoon inspired graphics, camo designs, fluo colours, tartan… you name it, it was all going on around the ankles! Cycling ソックス became a blank canvas for people to express their personality, and everyone began to try to out-do one another, moving to progressively more creative and crazy designs.

In recent years the desire to have bold coloured ソックス has coincided with the rise in popularity of bold patterns on cycling kit (which we’re a big fan of at Le Col), and even bright shoes and helmets too. That does mean that a cyclist needs to think a little more carefully when pulling together an outfit, or they run the risk looking like a kid’s sweet ショップ riding down the road. So you can see why it’s more common for cyclists to have different shoes, helmets and sunglasses these days - to make sure things match. As always, the general advice is – go loud and bright in one area only. Bright ソックス should equal plain kit, and if you’ve got plain ソックス you can go wilder on the kit.

I could go on about ソックス forever, really I could - but I’ll leave you with my one final thought on whatever style, colour or design you choose – ride like a pro and keep those ソックス clean, always!