ONE Pro Cycling debut in the Tour of Britain which starts on Sunday 6th September!

George Harper will make his first Tour of Britain start for the team while Pete Williams makes his 7th race start having won the Sprints Jersey in 2012.

I am really looking forward to what will be my 6th since 2004. The ONE Pro Cycling team includes together with myself, Chris Opie, Marcin Bialoblocki, Josh Hunt, Pete Williams and George Harper.

We have a great team well balanced in ability, Chris is our sprinter, Pete and Josh for breakaways. George Harper is team climber and Marcin is best placed to be up on GC. My role will be a supporting role across a number of stages from getting Chris in place for sprints to helping keep George out of trouble leading into the climbing stages as well as getting in the break on a couple of days. 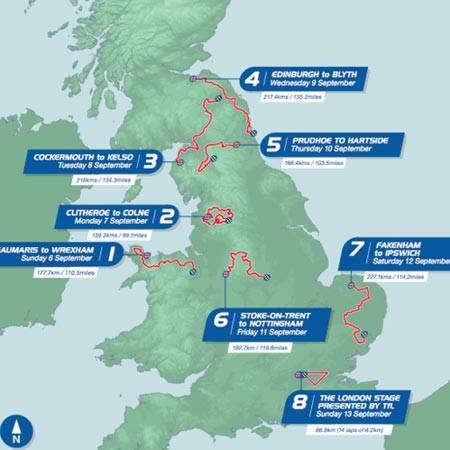 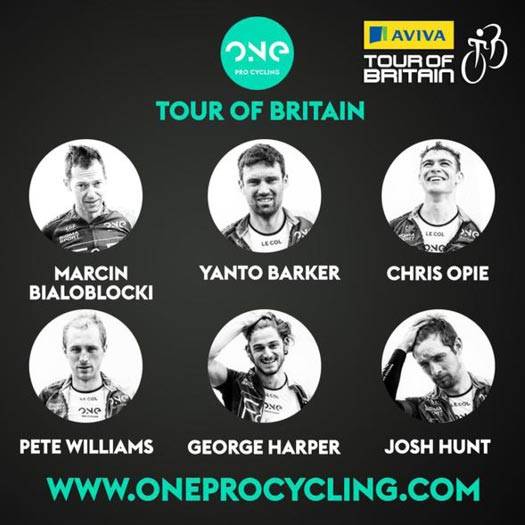 This years race will be a real challenge with some exceptionally hard stages. The racing level is also very high and each stage is sure to be fast. A full list of the teams taking part can be seen here!

Keep up with me on twitter and the team! Look out for the

Le Col Twitter for giveaways, regular updates and interesting insights into the team during the race.

The race will be shown live on ITV4 and Eurosport with a highlights programme in the evening.

Finally don’t forget you can join the team for our end of season celebrations at the final stage of the Tour of Britain in London on Sunday 13th September. Details can be found on the ONE Pro Cycling home page.