BATHED IN MUD, BRUISED FROM COBBLES, BUT ALWAYS PUSHING ON – IT TAKES A LOT TO WIN A SPRING CLASSIC.

With three wins at the Tour of Flanders, three wins in Paris-Roubaix and a World Champion to boot, Johan Museeuw was a sensation. Beasting himself to best rivals, he became known as the Lion of Flanders. As a Le Col Ambassador, we’re proud to release his own limited edition collection. To celebrate, we sat down with Johan to discuss what it means to be Flandrien, to ride the cobbles, and to embrace life after racing.

THE LION OF FLANDERS

The presence of cycling in Flanders is overwhelming. If you go to the bakery we’re talking about cycling. Everywhere you go you see riders around - the Ardennes, the Koppenberg, the Paterberg, or other roads in Flanders. Everybody is a part of cycling, it’s difficult to explain to other countries. Cycling is a part of our life.

It’s unique and it’s difficult to explain if you’re not from Flanders - you have to stay here a couple days or a couple weeks. During the classics, with riders everywhere, then you will know what Flanders really is - It’s cycling. We’ve got a lot of champions - Van Steenbergen, Briek Schotte, Eddy Merckx…

You’re born and in most places, kids want to be footballers - But in Flanders, you’re born to love cycling - you’ll find the parents want their kids to be cyclists. That’s Flanders, it’s cycling, it’s history, but you have to come here to know it. Being a part of that history, well, it’s something special - but I have to say, it’s only after your career and you’re not a rider anymore, that’s when you realise what you have done.

"I HAVE WON FLANDERS THREE TIMES,
I HAVE WON ROUBAIX THREE TIMES.
EVERYBODY STILL KNOWS ME, I HAVE DONE SOMETHING SPECIAL - THE EMOTIONS OF CYCLING ARE VERY BIG." 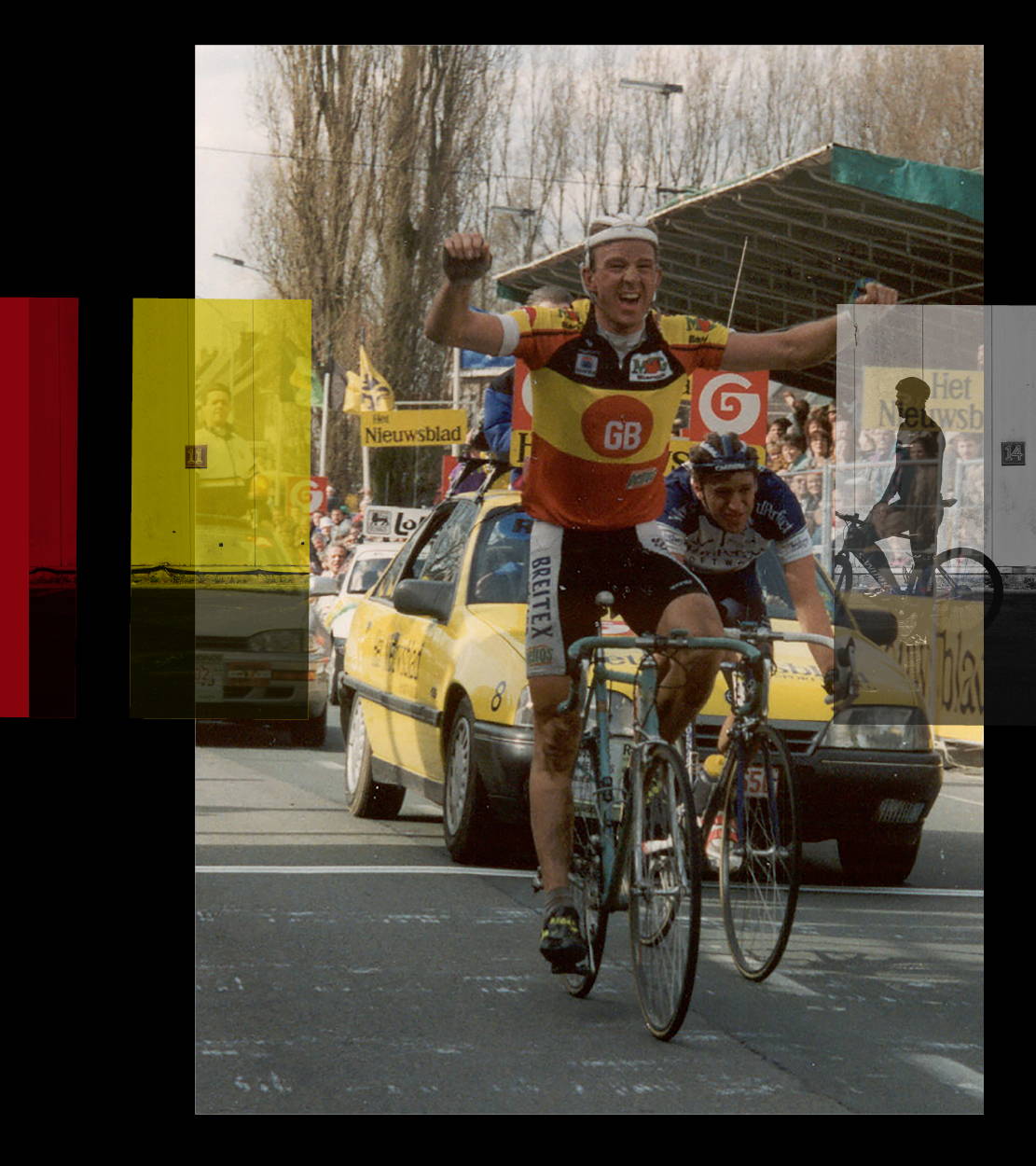 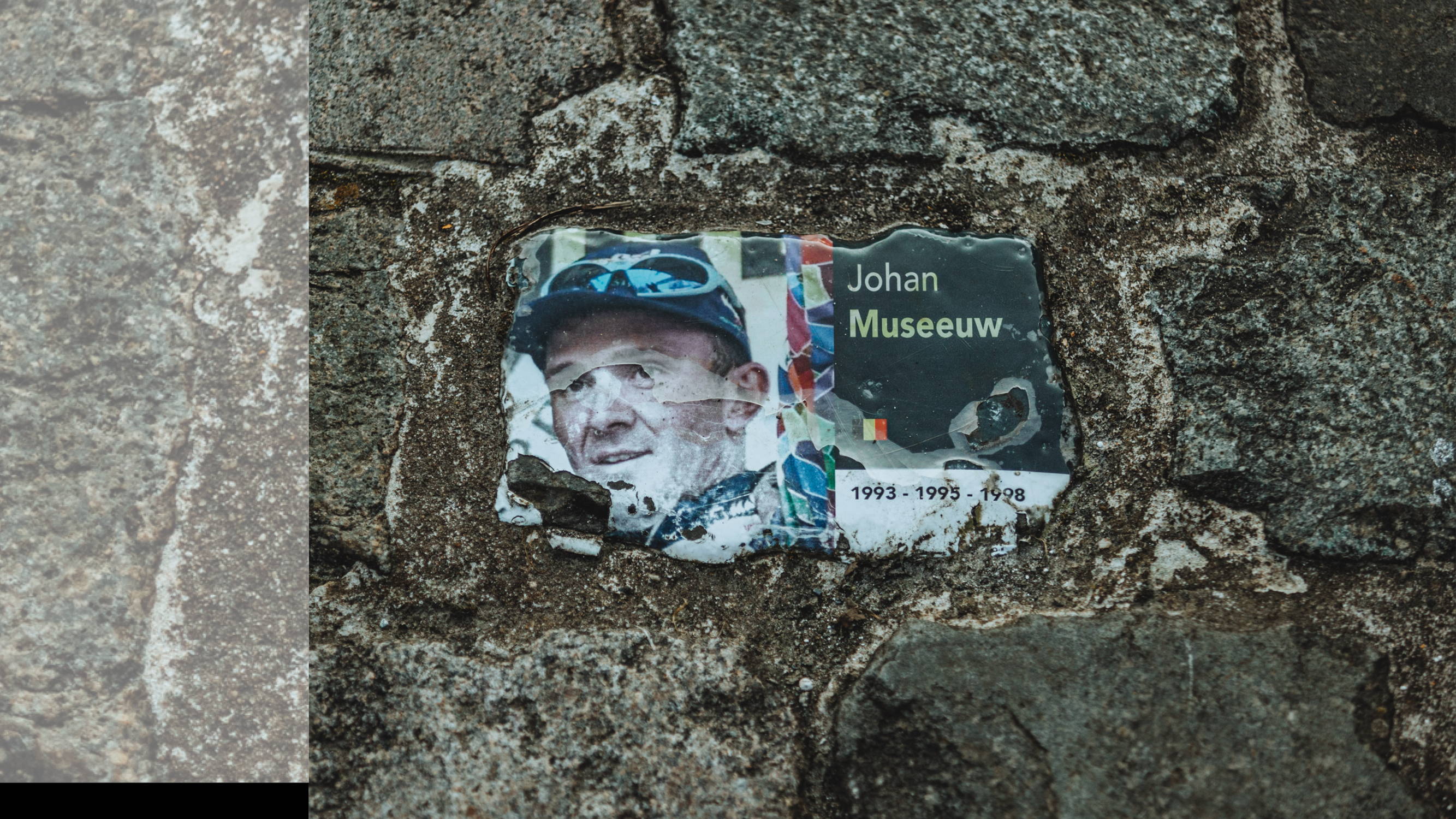 And that’s made the part of history in cycling, and especially if you won in a different way, like in Roubaix, with the rain, and then in Flanders which was a long breakaway. In Roubaix when it’s slippery and muddy - that makes history. I can say, I am part of the history of the Flanders.

In Flanders, every route is beautiful, even if you take another road of the Flanders route. If I have to say, I like the Old Kwaremont, I like the Paterberg, and I like the Kortekeer. I don’t know why I like the hills more than the others. I didn’t win the race over there, but I still like these hills.

For a rider, it’s special. After the climb, you can say, what a beautiful hill this is. Every time I get up the Kortekeer, I say; what a beautiful country we live in, even when it’s raining. I can join you anywhere you want around Flanders and show you my favourite roads but you have to stay here a couple days because I have a lot of favourite roads.

When I was riding I never stopped on training. Now it’s different. Now I like to stop after a couple of hours and to have a coffee, and when it’s possible, a beer. It’s better to have beer after training, but you have a lot of bars and cafes in the Flemish Ardennes. We have a lot of cafes that make special coffees. In the past it was always just ‘a coffee’, but now you can have a cappuccino or something similar.

Riders like coffee, so riders stop where they make good coffee. I always want to stop on a special road called Ronde Van Vlaanderenstaat. You can see the whole street from the beginning to the end from the old cafe in the middle. It’s beautiful, it’s old, you can drink very good beer and coffee. 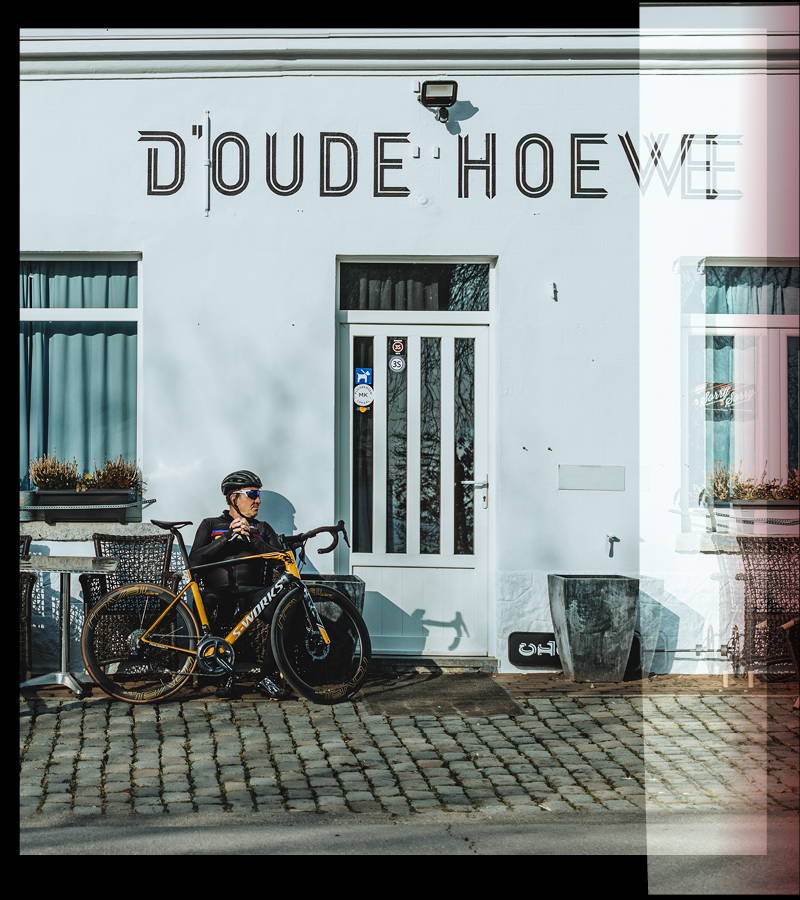 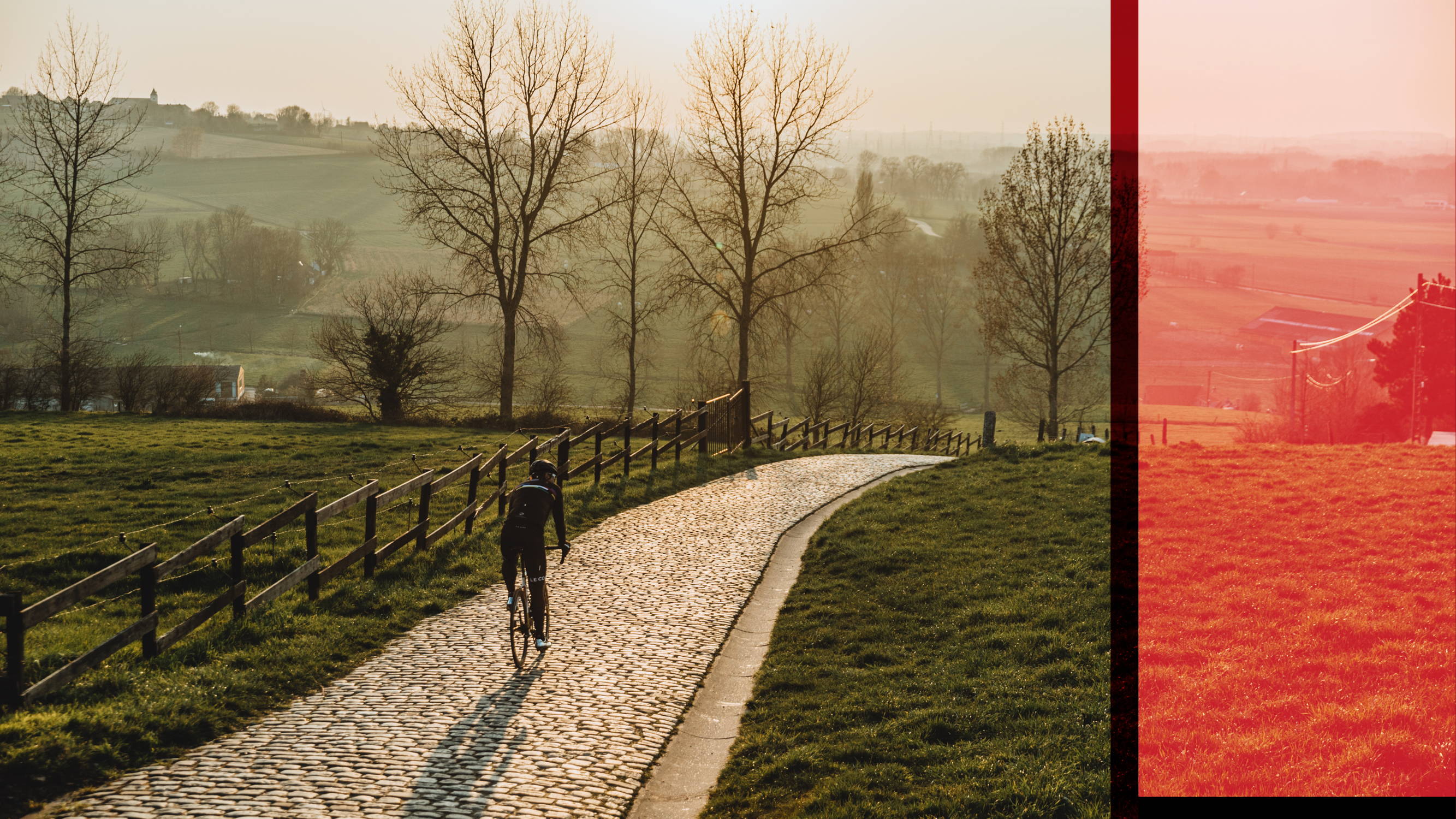 Yeah it’s difficult to say why I was dominant and that kind of racer.You start and then after a couple of years you feel that you have more of a chance. For long distance races and harder races like Flanders and Roubaix, you make your training program for these races. My generation was thinking that they have to do six or seven hours every day. Now, it’s totally different. Now, they train with power meters and everything is new. There is more research about what is better for them.

Now they know, even as a junior, whether they can be a Paris Roubaix winner or a Tour de France winner, or a climber, or a sprinter. I was more of a Classics rider and I was better after five hours than at the beginning, so that means that long distance was good for me.I have a lot of muscles like Tom Boonen and he has the same structure, and Cancellara as well. We were very good cobble riders. I liked cobbles, and I still like cobbles, and I like bad weather, so I was the perfect Flandrien.

In my generation, we had a lot of good riders and famous riders and I can talk about many riders, but I have to talk now about Andrei Tchmil. He was a tough rider, a hard rider, he was a Russian rider so he was a little bit more special than the other riders.At the beginning he wasn’t my friend and I remember the battle in Roubaix. He was in the breakaway, and I was chasing him behind. And I was chasing him a couple kilometers, with almost one hour between five and eight seconds behind him, and I couldn’t reach him. It was impossible to overtake him. So then somebody had to say it’s over and it was my day to say it’s over. That day, Andrei Tchmil won Paris Roubaix. He is now a friend of mine, but during my career we were rivals. He was a very tough and hard man, and someone who has done a lot for cycling. For me Andrei Tchmil, and all the others. 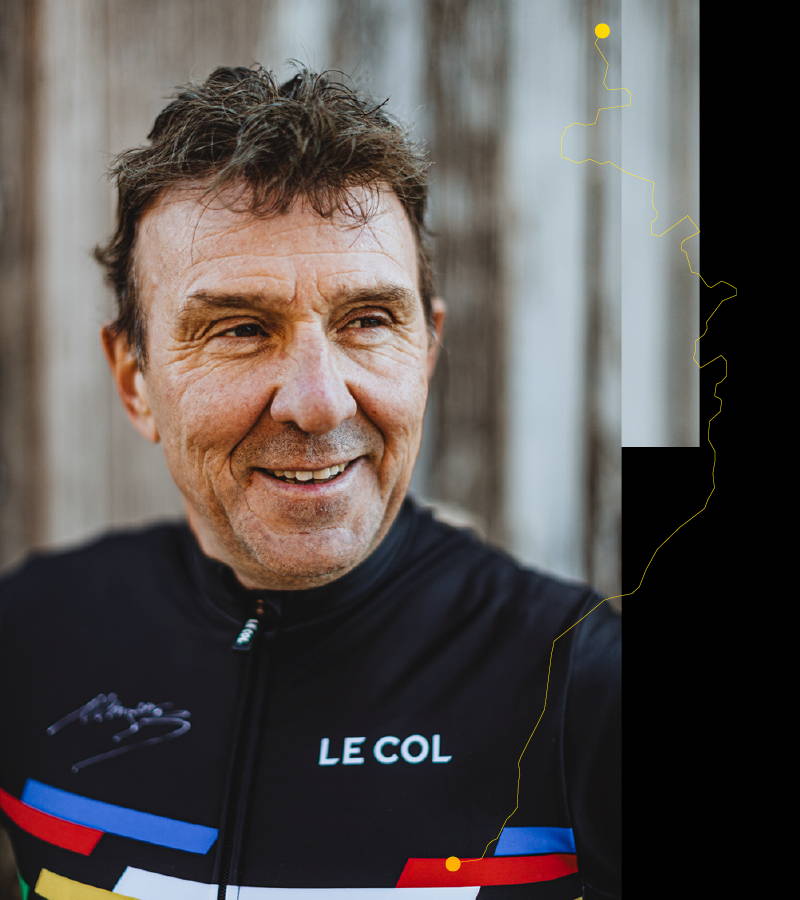 I was in the generation that didn’t have to wear helmets. That was stupid I know, but that was my generation without a helmet.

In the last few years there has been a lot of research into cycling clothing and bicycles. I have to say the clothing is much better than in my generation because we have rain jackets and we have overshoes and gloves, so you can stay dry for hours if it’s raining. In my generation, it wasn’t like that. So now, it’s better to get out even when it’s raining. It’s more a fashion now. Nowadays, we want more fashion on the bike - not so much colour, but a little more fashion.

People have to come here to see how steep the Koppenberg is, how to ride on the cobblestones, the Paterberg, and all the lovely roads - we have beautiful views. Also to stop during the ride to drink a coffee in a bar.

After we have done a couple of hours it is great to sit down and talk about the amazing day and how fast we got up the Koppenberg - just sit and drink a pint together. I still live here, in the area, and if I'm training alone or with people, I say every day how beautiful it is there. You have to come see what it is and then to watch on television how fast the riders go. Try to get up the Koppenberg and see how fast the riders go - there will be a difference. 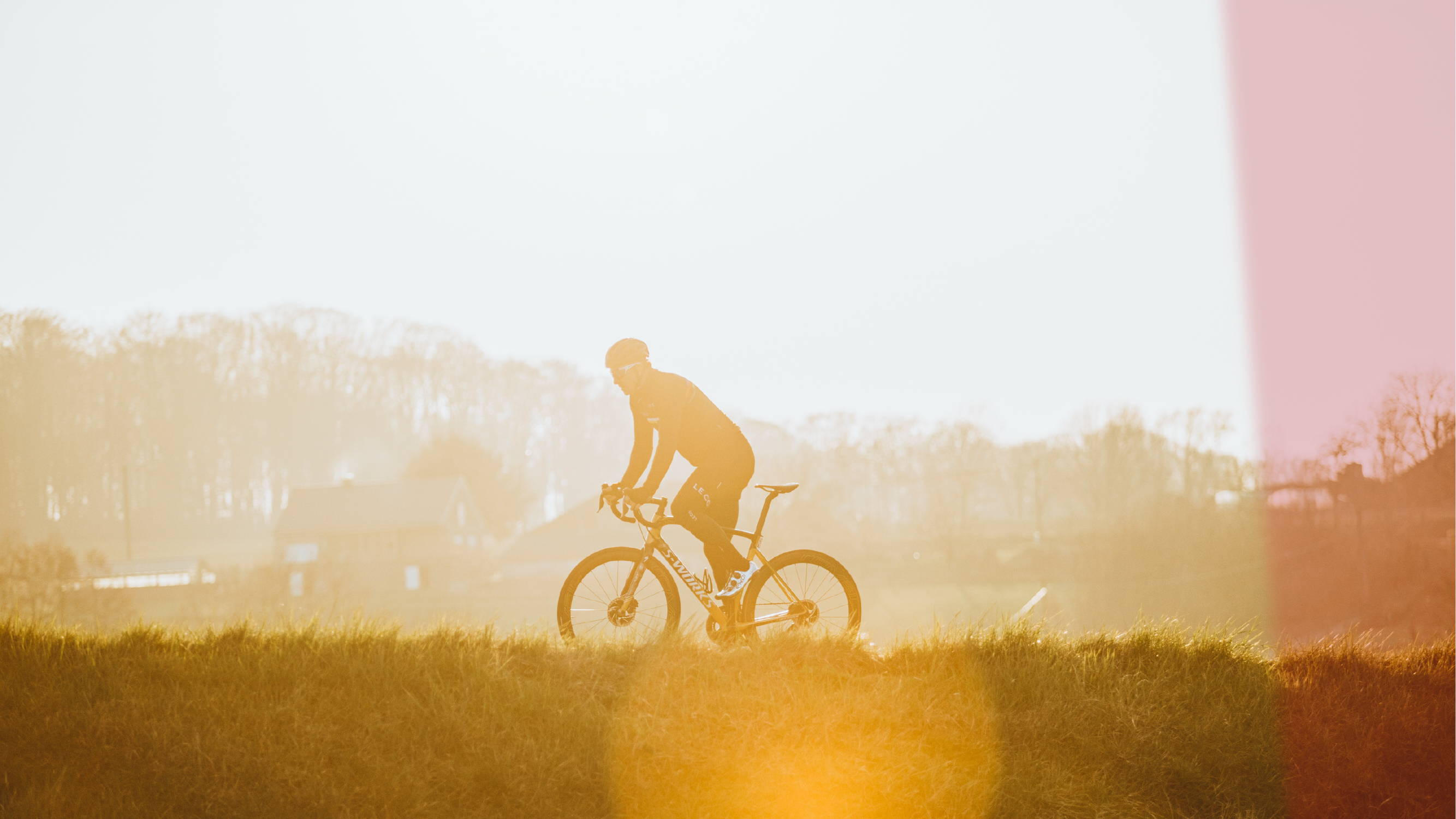 Celebrating the achievements of Johan Museeuw, the Lion of Flanders Collection includes Spring Classic Staples in Long Sleeves and relaxed Sport options for riders wanting to channel the greats whilst savouring their ride. 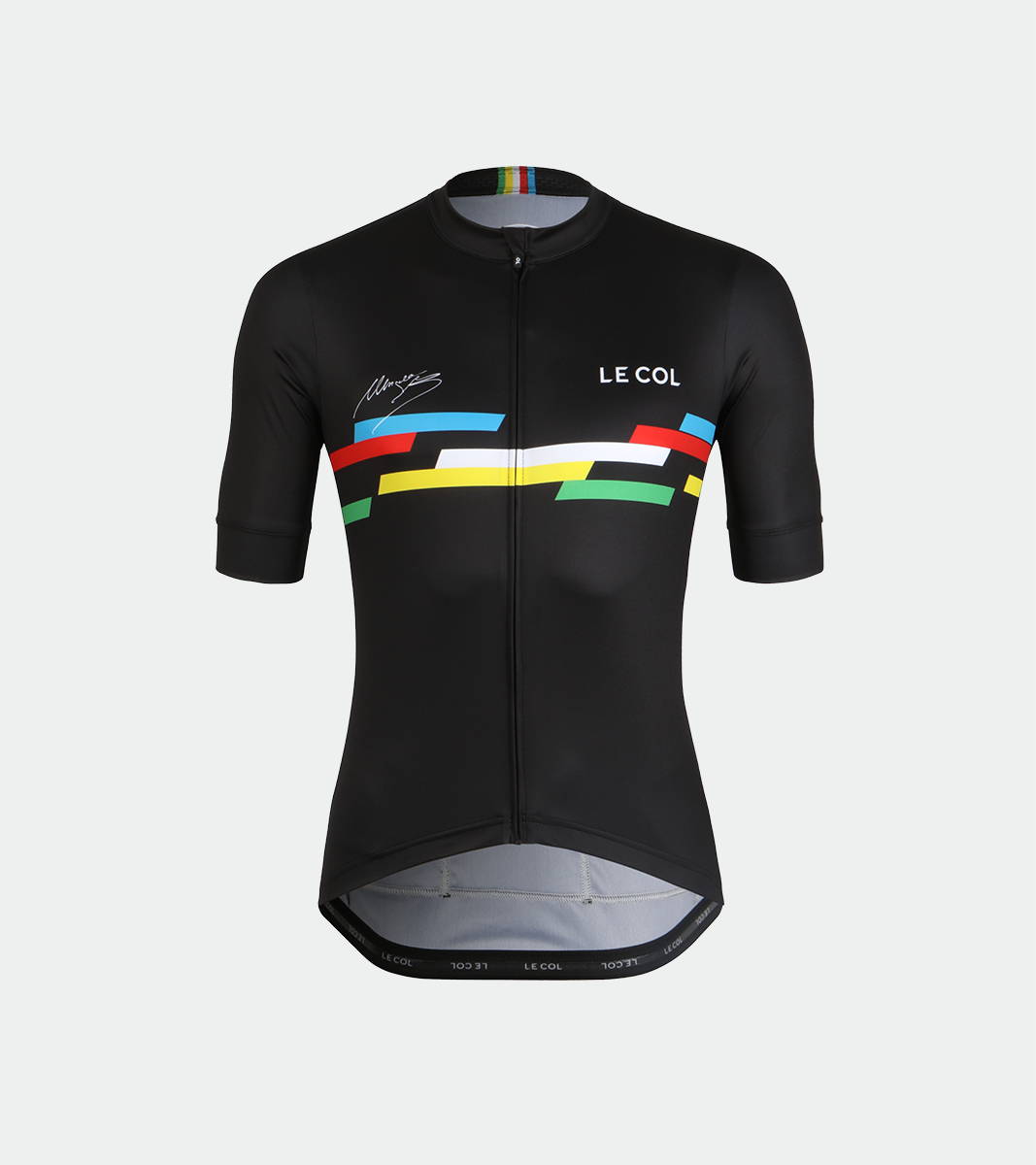 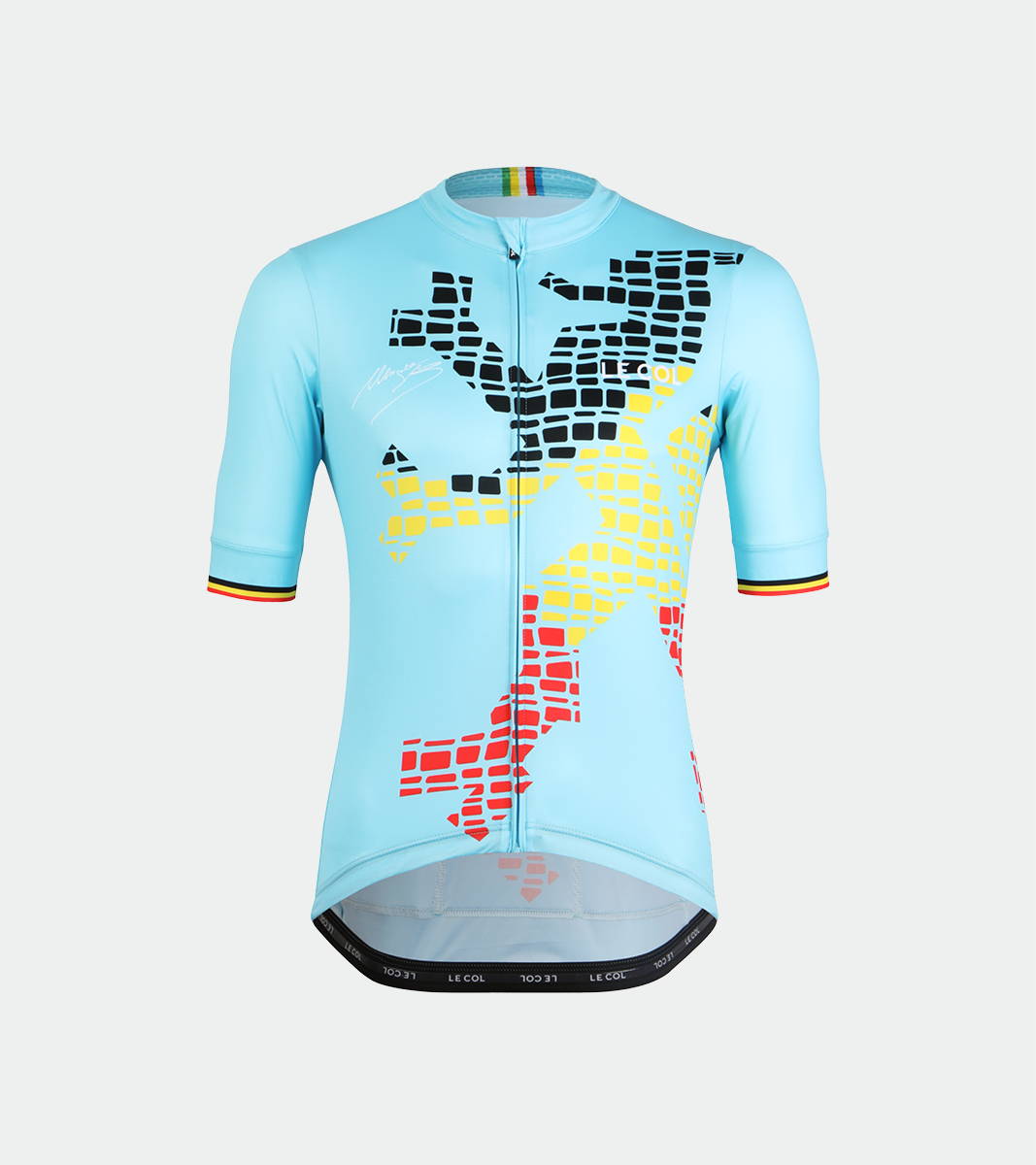 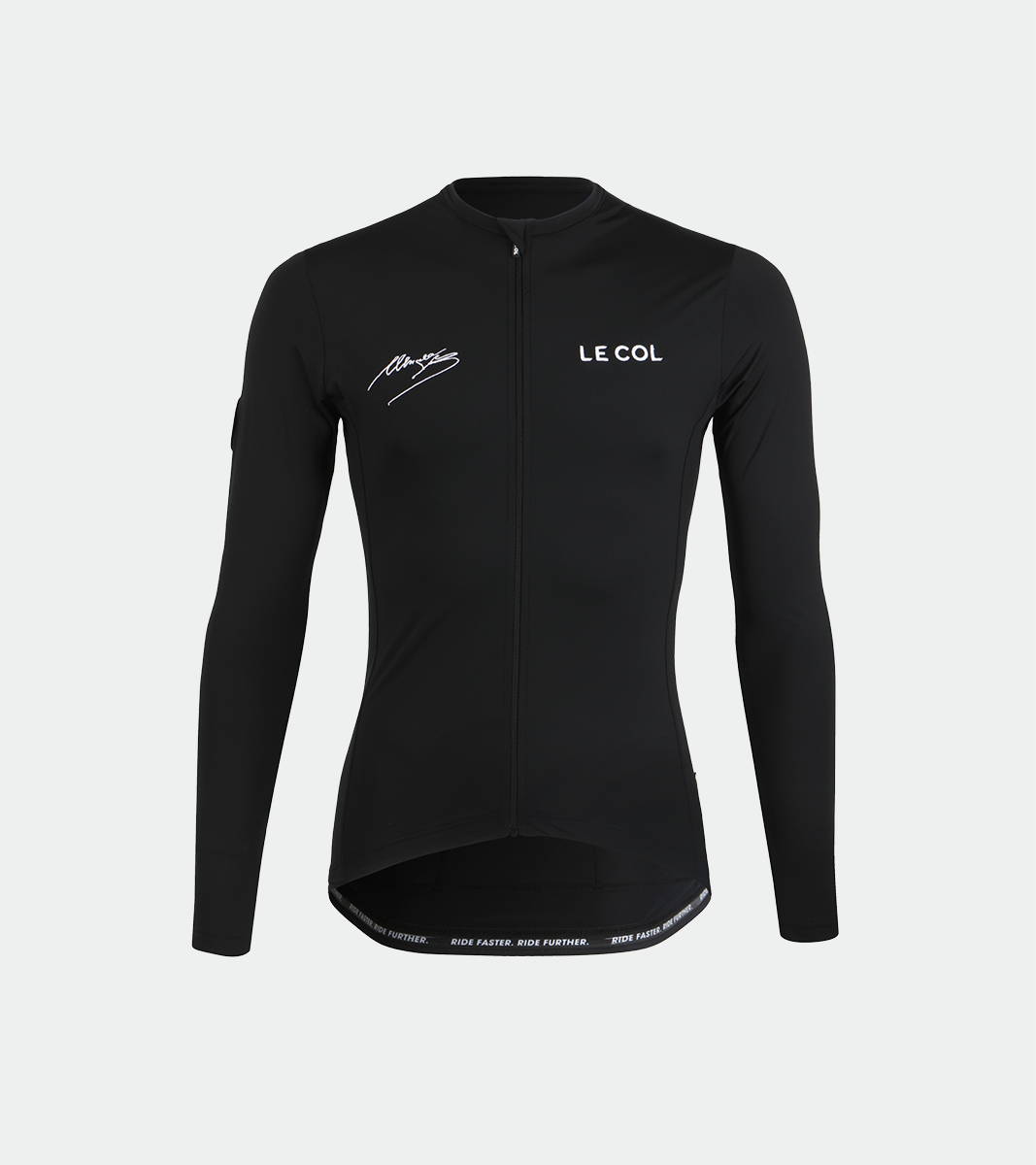